More or less 25 years ago, during the festivities of Chatt Puja in a small village of Bihar, I remember a kid sitting in a crowd of more than 50 Amitabh’s fans and watching the “Uniting India” Blockbuster – Amar Akbar Anthony.  There was a pin drop 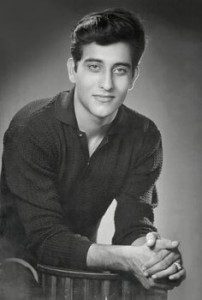 silence in front of Projector screen. Amitabh was ready to fight with the Police Inspector. Although Big B was way too weaker than this Muscular Man, he was challenging him to fight. Amitabh told him that he doesn’t want to hit the inspector in his uniform, and as a reply, this guy drops his Police Uniform shirt in style.  And just before the Police hurled his first punch on Amitabh, this kid clapped and shouted “Maar Saala ke”…

In a cinema crazy country, where Amitabh is worshipped, you can guess a stature of the actor for whom this kid applauded against Amitabh. This muscular Police inspector was none other than Bollywood Heartthrob Vinod Khanna.

Ups And downs. His 70-year-long journey has been a roller-coaster ride for Vinod Khanna. A childhood rich in memories was spent without the currency of a free hand. The movies — his licence to the limelight — were overshadowed by the call of Osho’s commune. Vinod Khanna taught us to expect the unexpected. 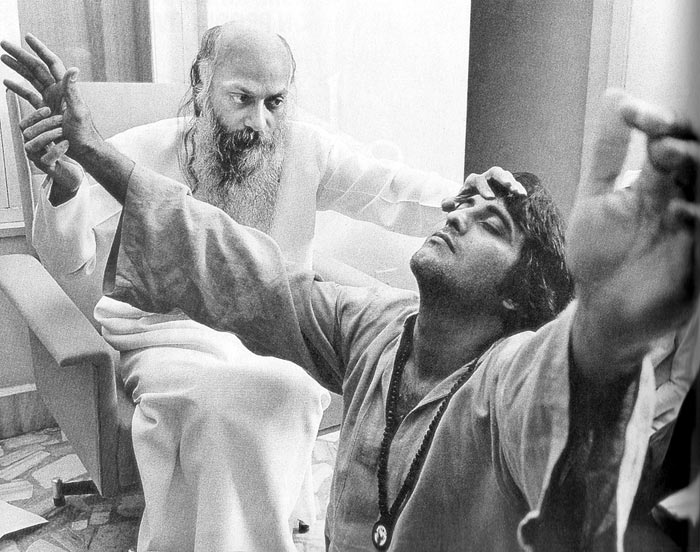 In Bollywood, where many aspiring Hero ended in villainous roles, Vinod Khanna marked the difficult crossover from ‘villain’ 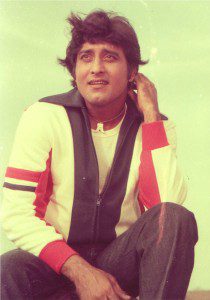 to ‘hero.’ He is possibly the only male star in the Bollywood, who forsook fame at the height of success. He fluently made comebacks again and again, with the same level of acceptance. A student of Mumbai’s elite Sydenham College, Vinod found acting more exciting than his family owned textile business and signed on Sunil Dutt‘s home production Man Ka Meet (1968). Man ka meet, planned as a launch pad for Sunil’s brother, Som Dutt, ironically, made stars of its tall and hunky anti-hero, Vinod Khanna. After that, he did some more villainy and went on to play leading man in numerous films from 1971 onwards, playing romances as well as action with equal aplomb.

Starting as a villain, whose handsome face hid ugly designs and deeds, Vinod was lapped up by the audience. As a blackguard, Vinod was most memorable playing the dacoit in Mera Gaon Mera Desh (1971). Sporting a huge black tilak, a crumpled dhoti and bloodshot eyes, Vinod matched he-man Dharmendra shoulder to shoulder. A section of the audience was convinced that second leads Laxmi Chhaya and Vinod Khanna had stolen the thunder in this horses-and-bullets megahit. 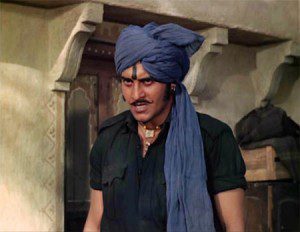 At the same time, he started looking for diverse roles and landed a role in Gulzar’s “Mere Apne”, which provided him with an image makeover. Not content with being a sought-after model of male nastiness, Vinod yearned for more. The audience enjoyed the sparring between Vinod and Shatrughan Sinha as rival street gang leaders. Vinod capably blended toughness with sensitivity, and there he began his transition to hero roles in right earnest.

Next was Gulzar’s songless Achanak (1973), where Vinod retains the audience’s sympathy despite playing a man who murders his adulterous wife. Vinod was still the toughie in his films but the roles were increasingly lined with romantic hues, like 1974’s Imtihaan (where he successfully reprised the role played by Sidney Poiter in To Sir With Love) and Haath Ki Safaai. The mid-1970s was a heady phase for Vinod. He formed a thumping box-office team with Amitabh. The two heroes delivered five huge successes together — Hera Pheri (1976), Khoon Pasina (1977), Amar Akbar Anthony (1977),  Parvarish (1977) and Muqaddar Ka Sikander (1978). The larkiness inherent in these films ensured a high entertainment quotient. In this time, Vinod Khanna became one of the most sought after actor in 70’s and commanded a significant fan following. 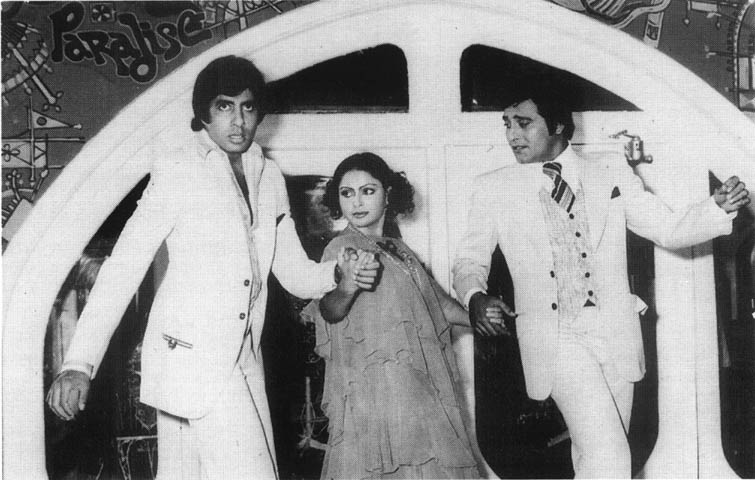 Sadly when he was at the top in 1980, he renounced his stardom and sought solace into the Bhagawan Rajneesh’s ashram.  At this point, he was the only serious challenger to Amitabh, who could topple Amitabh in the box office. Vinod followed Rajneesh to Oregon, where he busied himself with gardening. Till he decided it was wiser to let his spiritual self-coexist with the material world. 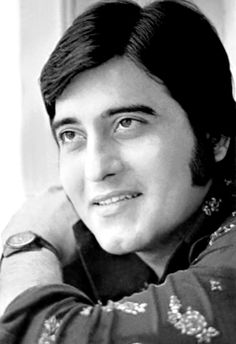 In 1985 Vinod Khanna returned. Though his looks changed there was still that inherent malleability and vulnerability which were displayed in ‘Insaaf‘,’Satyamev Jayate‘ and above all ‘Dayavan‘. After this successful comeback, directors like J P Dutta (Batwara, Kshatriya), Yash Chopra (Chandni, Parampara), Mukul Anand (Mahasangram, Khoon Ka Karz) flooded Vinod with films. But the failure of Dayavan (an ambitious remake of Kamal Haasan‘s Nayakan) and some collect what you get movies in the early 90s  took the sheen off Vinod’s stardom.

Since nearly two decades now, he’s done character roles and even television. Since 1997, Vinod Khanna has been a BJP (Bharatiya Janata Party) member, from the Gurdaspur constituency, then the Lok Sabha, followed by Union Minister for culture and tourism, and Ministry of External Affairs.  He is currently the sitting MP from Gurdaspur.

The dashing Khanna continues to draw admiration in his rare celluloid outings.