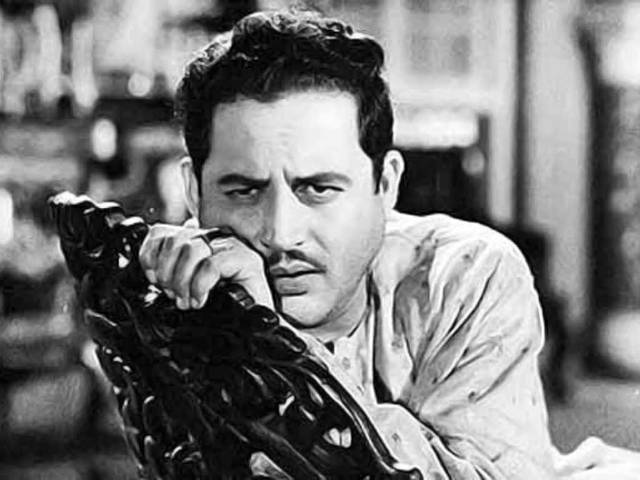 Vasanth Kumar Shivsankar Padukone was born in Mysore on 9 July 1925, the eldest son of a headmaster and a housewife who was a part-time writer. He did not have a good childhood: he had to deal with a strained relationship between his parents, hostility from his maternal relatives, and the death of a close relative. He received his early education in Calcuta, and in 1941, he joined the Uday Shankar India Culture Center, where he received basic training in the performing arts under dance maestro Uday Shankar. Afterward, in 1944, he had a short stint as a telephone operator.

Dutt entered the Indian film industry in 1944, working as a choreographer in Prabhat Studios. There, he became friends with Dev Anand (whom he met when they worked on the film Hum Ek Hain (1946)) and Rehman. These early friendships helped ease his way into Bollywood. After Prabhat went under in 1947, Dutt moved to Mumbai, where he worked with the leading directors of the time: Amiya Chakrabarty in Girls’ School (1949) and Gyan Mukherjee in Sangram (1946).

He got his big break when Dev Anand invited him to direct a film in his newly formed company Navketan Films. Dutt made his directorial debut with Baazi (1951), which starred Dev Anand. The film was an urban crime thriller that paid homage to classic film noir. However, it also carried its own elements that ensured it was not a remake of a Hollywood film: notably, songs were used to further the story’s narrative, and close-up shots were used frequently. The film was a success and became a trendsetter for future crime films. On the personal front, Dutt met his wife, playback singer Geeta Dutt (née Roy), during the song-recording sessions of Baazi (1951), and they married 26th May 1953.

Dutt’s next releases were Jaal (1952) and Baaz (1953). Dutt made his acting debut in the latter film, which he also directed. But while they were average successes, he finally tasted success with Aar-Paar (1954), another crime thriller, but with a far more polished story and look. Then came Mr. & Mrs. ’55 (1955), a frothy romantic comedy focusing on women’s’ rights; and C.I.D. (1956), yet another crime thriller in which Waheeda Rehman made her debut.

His next films, Pyaasa (1957) and Kaagaz Ke Phool (1959), are regarded as his best work. Pyaasa (1957) was his masterpiece, about a poet trying to achieve success in a hypocritical, uncaring world. It was a box-office hit and is ranked as his greatest film ever. In contrast, Kaagaz Ke Phool (1959) was a miserable flop at the box office: the semi-autobiographical story of a tragic love affair set against the backdrop of the film industry was deemed too morbid for the audience to swallow and went right over audience’s heads. Although in later years the film received critical acclaim for its cinematography and has gained a cult following, Dutt, who had put his soul into the film, was devastated over its failure and never directed another film.

Although he had sworn off directing, Dutt continued to produce and act in films, notably the period dramas Chaudhvin Ka Chand (1961) and Sahib Bibi Aur Ghulam (1962). The latter film, interestingly, is controversial because it is debated whether Dutt had ghost-directed the film. Unfortunately, Dutt’s personal life had become a shambles: he had gotten involved with his protégé Waheeda Rehman and his wife Geeta Dutt had separated from him as a result. Rehman too had distanced herself from him. Also, Dutt, an ambitious person, felt he had achieved too much too soon professionally–there was nothing better to be achieved, and this caused a vacuum in his life. Unable to cope with all the trauma and emptiness, he took to heavy drinking.

On 10 October 1964, Dutt was found dead in his bed. The cause of death was deemed a combination of alcohol and sleeping pills, although a debate still lingers over whether his death was by accident or a successful suicide attempt. Geeta Dutt suffered a nervous breakdown as a result of his death and also took to alcohol, eventually drinking herself to death, dying in 1972 as a result of cirrhosis of the liver.

His death was an irreplaceable loss to Indian cinema. And it was a tragic twist of fate that his films, most of which were discounted in his lifetime, would be regarded as cult classics after his death. Guru Dutt would always be known, even if posthumously, as the Guru of Bollywood’s Golden Age and one of the world’s most important international auteurs…. 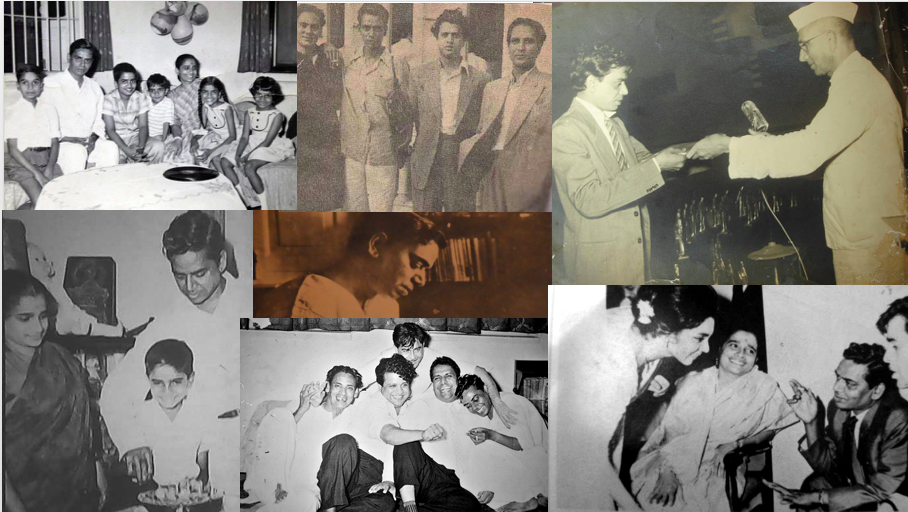 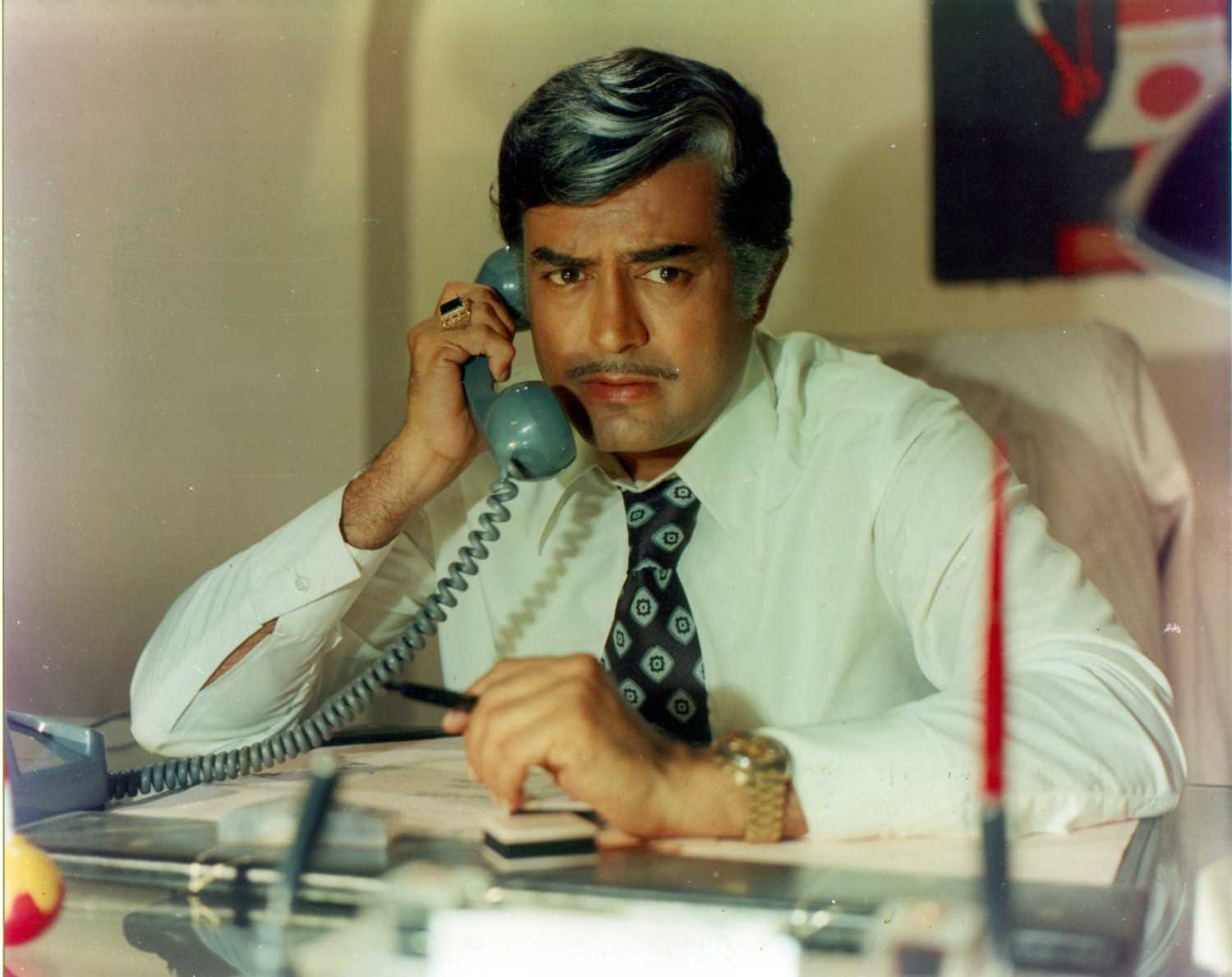