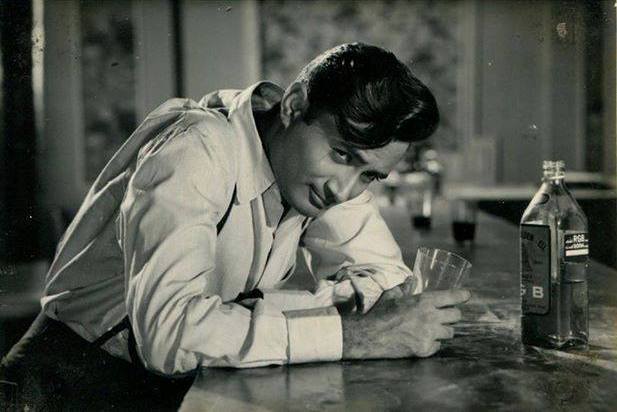 Article, Blast From Past on September 26, 2015 2Comments Bollywoodirect
ShareE-mail

There was something irresistible about Dev Anand. Something in the way he looked at you, in the way he made you feel you were the only woman on earth for him (at the moment). His gap-toothed grin, the twinkle in his eye, the charm in his voice – all these were an inherent part of the man. Nothing was fake. This was what he was.

The germ of the idea for this post was given to me by a reader who listed some absolutely beautiful romantic numbers that were his favorites on my previous post (Never Say Die – Remembering Dev Anand). As I thought about it, I realized that while romance and Shammi Kapoor went hand in hand, Dev Anand was not too far behind in the wooing stakes. The two of them were so different, yet essentially the same. While Shammi Kapoor delighted in evoking his inner junglee even when he was city born and bred, Dev Anand remained what he always was – the city sophisticate. Even if he lived on the fringes of society, that society remained urban.

While Shammi Kapoor often came as a package – a mother, a father, a sister – Dev Anand almost always was a single man with no apparent encumbrances. Even if he did have parents, and loving ones at that, as in Tere Ghar Ke Saamne for instance, he still lived apart from them. And if he brought his love home to those inexplicably missing parents, it was to present them with a fait accompli – here she is, the girl I love.

While Shammi Kapoor threw himself most energetically into wooing his heroines, Dev Anand was studiedly inert. He walked a few steps maybe, he looked yearningly into their eyes, he sang in Rafi’s or Kishore’s or Talat’s voices, he nodded his head and shook his arms around perhaps, but he hardly broke out a sweat.

Romantic, they both were. If one could not but give in to Shammi’s eagerness, his mobile face or liquid eyes, one could hardly resist Dev’s earnestness, his charming smile. So, ten movies, ten heroines, ten shades of love (like the different shades of waiting)… Devsaab in ten romantic moods. ( With all due apologies to dusted off*.) How can one not fall in love?

One of my favorite Dev Anand numbers, this one has him signing for the impossible. Each line he sings is cloaked in unmistakable meaning. The girl in question is Waheeda Rehman (who wouldn’t sigh for love of her?) She is in the berth above him and he puns magnificently on Uparwaale Jaankar Bhi Anjaan Hai… The innocence in his expression when he sings that line is too good to be true, and the other male passenger is suspicious: is the man singing about his wife? The girl has some doubts – is he singing about her? She shakes it off. No, it cannot be. As he continues to woo her, she waves – God? Or her?

Now that he has his heroine good and mad, he exerts himself to coax her out of her sulks. It doesn’t help his cause any that he seems to think that since he has given her his heart, she shouldn’t be too proud of her looks. The beautiful Madhubala is not one to unbend so easily. Has he looked at himself in the mirror? She may or may not be proud of her looks, but perhaps he should be appalled at his? And if his heart is so dear to him, maybe he should keep it to himself! Ouch! He is learning that she’s not a walkover; he has to try harder.

A fresh-faced Asha Parekh. He knows she is in love with him, that the same passions burn inside her, but she is loath to admit it, and he is bent on getting her to do so. When he persists, telling her that she will regret her silence, she tells him to go to hell. He will, he says, and then she will cry her heart out. Go ahead, she says, sure he will not do anything of the sort, but he jumps out of a moving train, and she is stunned – she loved him! He has had a soft landing, though, and her relief is evident. She is embarrassed by his public wooing, but she is thawing at his unabashed exuberance. Her shy smiles, her downcast eyes, her pretend anger – they are visible evidence of her love for him, but he will not be happy until she begs forgiveness for her earlier disdain.

Nasir Hussain would recycle some of the plot elements in Teesri Manzil.

After all the wooing and coaxing, they are finally in love. With Geeta Bali, who was one of his first and favourite heroines. He’s making reparations for the wrong he committed; she’s the sister of the man who killed himself because of him. They fall in love, and nothing can mar their happiness. Except the past. However, right now, they are caught in the throes of this new emotion, and do not have time to worry about the dark clouds of the future. There’s the flush of happiness, there’s playfulness (he pulls her hair over the bar, she uses his tie to pull him to her), there’s awe, there’s the hope of a future together…

She is humming when he begins to whistle in tandem; when she looks at him in irritation, he blinks at her, laughing. Miffed, she asks: Aankhon mein kya ji? Her irritation melts with his answer. As they continue, she says “you’re not as innocent as you look”. He is unrepentant. So it continues, their playful banter, each asking a question and getting an answer – in verse. They understand each other, these two, the nomadic man and his beautiful heiress.

With his wife, Kalpana Kartik. They met during Baazi, fell in love, got married during the shoot of Taxi Driver and then proceeded to do the handful of movies with each other (Aandhiyan, Funtoosh, House No.44 etc.,). One of Hindi cinema’s earliest road movies, Nau Do Gyaarah saw Dev Anand as a truck driver and Kalpana as a runaway heiress.

This is one of my personal favorites and will make any list of romantic songs. Wooing, coaxing, teasing – they are all in the past. He’s totally in love. So much so that he’s lost in her beautiful, luminous eyes. As she hums along, he cannot help but compose an ode to them. Arm in arm with one of his favorite heroines, Nutan; their chemistry is unbeatable. They are lost in their own little world, a fact that Shubha Khote, watching from her windows cannot bear. Each word that sings of their emotions, each ray of happiness that emanates from them is a well-aimed shaft at her own emotionally barren life.  Apart from Waheeda, it’s my personal opinion that no other heroine suited him as well as Nutan did.

He’s left his home and his wealth behind; she’s poor but self-respecting. She is beautiful, he’s charming. They fall in love, but find it difficult to tell each other. After much dithering around, he exclaims that if she continues to stand there like a stone idol, then he will have no other option but to pray to that idol. He’s teasing but there’s a promise implied in his words. Of faithfulness. Of everlasting love. Of commitment. Which girl can resist? Not Sadhana.

When have you seen Dev Anand not be confident?  Dev Anand with his first love, Suraiyya. Here they are, in love, and she asks coyly – what will you do if I raise a hue and cry? If I say you are a thief? He’s supremely confident of her love; he knows she will not do anything of the sort. ‘If I creep into your heart by stealth, and steal it, what then?’ And if she were to leave, why, he would go away and find someone else. He knows her only too well. She cannot live without him, and that’s his trump card.

It’s his birthday, and the party is just beginning. But his thoughtlessness has wreaked havoc in a friend’s life; his lover cares more for his wealth than she does for him; his so-called friends are using him. Within a few minutes, the mood has changed from celebration to desolation. Disillusionment sets in. Is there such a thing as true love? Is there a woman somewhere who will love him for himself? Fret not, Mala Sinha is there in his future. Or so the gypsy with the crystal ball has told him…

The other face of love. Fleeing from the scene of a murder, he has no idea that the house he infiltrates thousands of miles away is that of the man he murdered. He is accepted as the long-lost son of the house, but he has not bargained on falling in love with the daughter of the house (Suchitra Sen in one of her rare Hindi outings). As he falls deeper and deeper into the quagmire, her emotions are not untouched. Even though she is palpably uncomfortable with her nascent feelings, he is unabashedly open about them. Even after she learns that he is not her brother, the improbability of their union being consummated sees an anguish will sear them both.

Like in Jaal, here too, Dev Anand simmers with a barely hidden passion. Both films saw Dev Anand’s romantic image take on a more adult, sheen. The covert sensuousness of Jaal is more overt here, though it is in Guide, five years later, that one finally sees it out in the open.

Trivia: Bambai ka Babu was based on O. Henry’s ‘A Double-Eyed Deceiver’.

*Since I started writing this, dusted off posted her wonderful tribute to Devsaab, which, essentially has the same underlying theme of ten different moods. I wondered whether I should scrap this post and begin a new one, but decided that while the theme overlapped, our choice of ‘moods’ were quite different, and the songs, with the exception of one, were totally different.  Since, after all, one can never have too much of Dev Anand or romance (at least, I can’t), I decided to post this anyway. 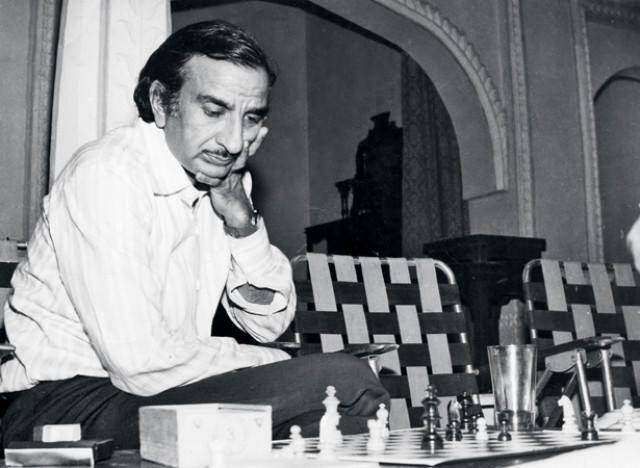