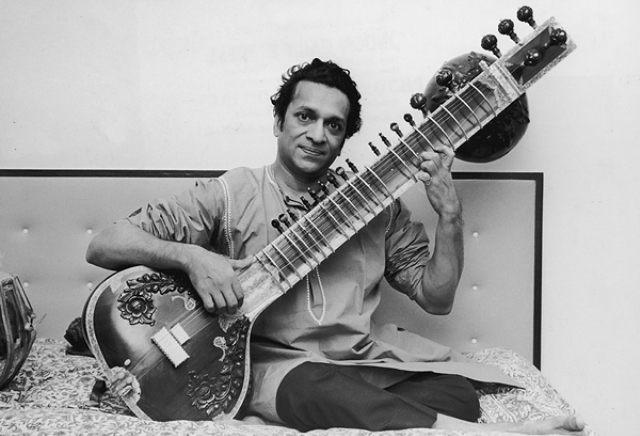 Ravindra Shankar Choudhary, better known as Ravi Shankar, sitar maestro extraordinaire born in Varanasi on 7 April, 1920, he moved to Paris when he was ten years old, joining his brother, Uday Shankar‘s world-famous dance troupe. For the next eight years, he would travel with the troupe across Europe, the US and Asia.

It was during one such tour that renowned musician Baba Allaudin Khan, the founder of the Maihar gharana, joined the troupe. For a year, young Ravi Shankar learnt the sitar desultorily. Finally, the venerable musician told him candidly that if he wanted to really learn the instrument, he needed to abandon his touring and live and train under him. For the next seven years, young Ravi Shankar underwent a rigorous study of the sitar under Allaudin Khan’s tutelage.

As a young boy, he had heard Western musicians criticise Indian music as repetitive and monotonous on its own; it was beautiful only when it was heard as a part of dance, they said. Perhaps the idea of introducing Indian music to Western ears, and teaching them to appreciate its intricacies  occurred to him even then.

Music lovers thronged his world concerts even though, in the beginning, the average listener was often bewildered by the music, mistaking the artistes’ tuning their instruments to be the music. They were also unused to the time taken to expound a single Raga. Yet, it was largely through his efforts that a following arose for Indian music, particularly Hindustani classical music.

Despite his knowledge of the western world, Pandit Ravi Shankar was himself astounded by the cultural differences, the drugs, the smoking, the noise during his concerts – he often stopped playing until the audience quieted down. There were even times when he picked up his sitar and left. “I was hurt by the idea that our music was treated as a fad,” he said.

At the Montery Pop Festival in 1967, when legendary guitarist Jimi Hendrix set his guitar on fire, the maestro could barely hold back his shock – ‘That was sacrilege,” he told The Guardian in 2008. Ironically, even as he was lauded in the West for being the most eloquent spokesman for his country’s music, critics in India lambasted him for ‘destroying Indian music’, and especially for his experimentation with Western sounds.

Apart from his intense dedication to Hindustani classical music, Pandit Ravi Shankar composed music for ballets and concertos for the sitar and Western orchestras. a few films, the most notable among them being Satyajit Ray‘s Apu Trilogy and Richard Attenborough‘s Gandhi. The latter won him an Oscar nomination.

What can one write about such an icon in the world of music? I know very little about Hindustani classical music, though I have always loved the sound of the sitar. My introduction to him came through his film music. I will leave an assessment of his  classical career and contributions to people who are better qualified to comment on it, and leave you with a few of his compositions for Hindi films.

How would he like to be remembered? In a 1985 interview, he said “If I’ve accomplished anything these past thirty years, it’s that I have been able to open the door to our music in the West.”

Surely there is more to it than that. His peers and classical music aficionados will no doubt assess his contribution more critically, and one hopes, generously. The world of music is surely the poorer for his passing. Farewell, Pandit Ravi Shankar. 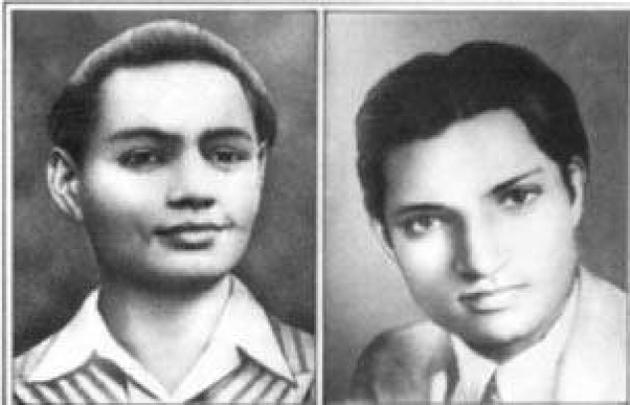