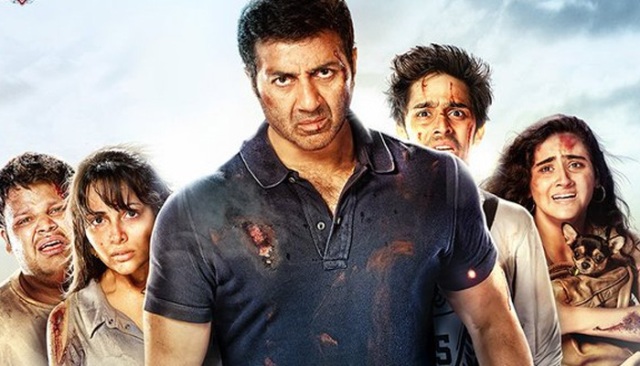 Nothing hurts more than a second-rate sequel to a classic. I am not being unreasonable here with mediocre script, sloppy direction and forgettable performances; they come and go like seasons in Bollywood but how you can be so careless and recreational while even trying to replicate the magic of one of the most powerful ‘anti-system’ revenge dramas on Indian screens. If I would love to remember Rajkumar Santoshi’s GHAYAL for its sheer intensity in the hovering emotions that could turn a common man into a roaring, raging, rebellious bull, GHAYAL ONCE AGAIN for me is just a poor example of outdated, formulated and shamefully flawed filmmaking.

Ajay Mehra [Sunny Deol] has served his 16 years’ sentence for killing Balwant Rai [Amrish Puri] and now runs Satykaam– a news agency that dares to stand up against injustice of all kinds. Satykaam is more of an organized anti-crime movement with a technically sound work-base buried under ground and hundreds of activated members flaunting their ‘I am a Satykaam’ badges and stickers. Ajay is seen fighting with his reminiscences from the troubled past [in a set of weirdly conceived and poorly executed graphic visuals] until his friend-cum-admirer Joe D’Souza [Om Puri from the original cast] gets murdered. The war is inevitable between a powerful businessman [Narendra Jha] on one side and the man himself with Dhai kilo ka haath and four youngsters [They have captured the crime accidentally] on the other. And the whole city will stand still to watch the grand show.

Sunny Deol gets a deserving applaud for setting his story in a present day. The timeline of the events looks credible. Ajay Mehra has aged, but not in his anger management. The corrupt syndicate between the business world, politics and media is hinted well. One such easygoing news channel has office walls painted with famous Bollywood dialogues. I have no idea who’s on the receiving end. But that’s the only thing positive about the film. Once he decides to build a gripping story around all this, he gradually loses his sense of authenticity to the conveniently bad filmmaking.

Some films are a visual treat; GHAYAL ONCE AGAIN is a visual [graphics] disaster. Imagine Sunny Deol banging his head on the wall with exactly 5 visual windows playing old footage of GHAYAL around his head! The pain is so transmittable, I tell you. The editing jerks could be an additional chapter in any film school syllabus. At one, Sunny is trapped in a traffic jam only to appear in the very next scene controlling a hijacked helicopter. Don’t leave the theatre if it offences your intellect; wait until he rams into a skyscraper abode of the villain. Now, you can.

One of the very few watchable moments has Narendra Jha playing the influential businessman and a father in a catch-22 situation. He is no typical villain who loves to share every move with his family. He hides his drink when his little daughter shows up. He gets worried as a parent when his drug-addicted son commits murder. He is no Amrish Puri to Gulshan Grover or Dan Dhanoa. Jha proves his fitness for the part but the writing is so one-dimensional, you only have sympathies for him. Sunny Deol directs himself and makes sure he sets the screen on fire especially with the action sequences. Watching him entering into a frame running towards camera in slow-motion is the only part I can relate to the Sunny Deol of GHAYAL. For the rest, he doesn’t bring anything electrifying or amply satisfying. In fact, the scenes showing his emotional outbursts are amusingly testing.

Overall, GHAYAL ONCE AGAIN lacks the punch. The same punch that GHAYAL still manages to knock its viewers out even after 26 years in a row. The man had his own share of stardom with the film. The film deserved a better tribute from the man. 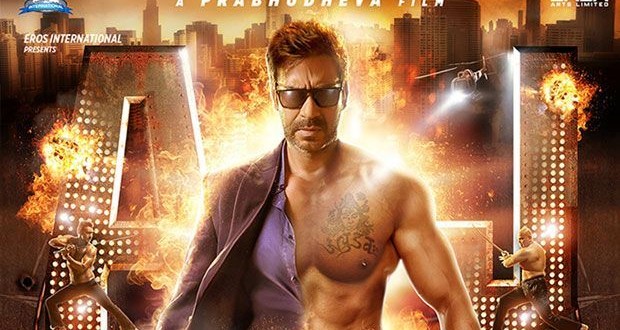