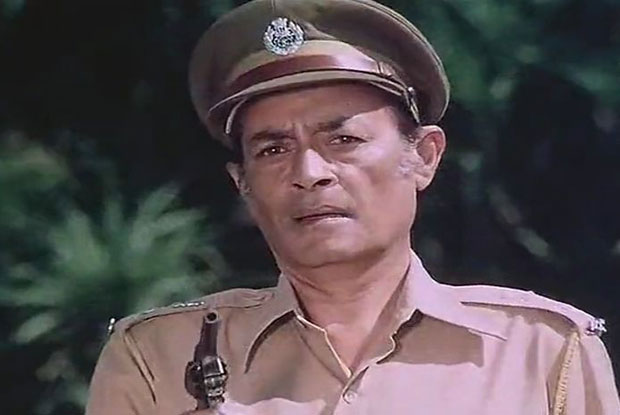 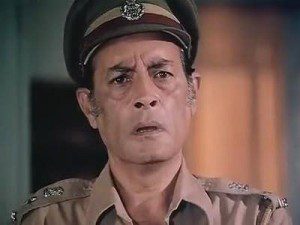 Sayyadana Iftekhar Ahmed Shareef !….A one of a kind actor is better known as Iftekhar. For cinema lovers, this name is synonymous with Police Officer, a role he often played on the silver screen. However many may not be aware that Iftekhar was not only a wonderful singer and painter but he also played the leading man in a few of his initial films. Recently we met Iftekhar Saheb’s daughter Salma who spoke about her father in detail.

Originally from Jalandhar, Iftekhar’s father was working at a high ranking position in a company based in Kanpur. Eldest 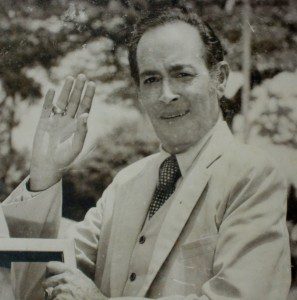 among 4 brothers and one sister, Iftekhar was born on 26th February 1922 in Jalandhar and brought up in Kanpur. After completing his matriculation, he did a diploma course in painting from Lucknow College Of Arts. He had a passion for singing and was so impressed with K.L. Sehgal that he dreamt of becoming a singer of Sehgal’s stature. Since all the big music companies then were based in Kolkata, Iftekhar came down to the city at the age of 20.

In those days, renowned composer Kamal Dasgupta was serving for HMV (Kolkata). He had already composed for Kolkata based “M.P.Production’s” 1942 release, “Jawaab”. The song “toofan mail…duniya ye duniya toofan mail” sung by Kanan Devi for the same film is famous till date. Iftekhar passed the audition taken by Kamal Dasgupta for HMV. The company released a private album featuring 2 songs sung by Iftekhar, who then returned to Kanpur. Few days later he received a telegram from “M.P.Production” in which he was asked to immediately return to Kolkata. Actually Kamal Dasgupta was so impressed with Iftekhar’s elite personality and sophisticated language that he recommended his name to “M.P.Production” and asked the banner to give Iftekhar the job of an actor. By then Iftikhar was already engaged with a girl named Sayeeda in Kanpur.

On receiving the telegram, he immediately left for Kolkata and joined the company. But for a long time no film featuring him could take off under the banner of “M.P.Production”. During that time in Kolkata, he fell in love with Hannah Joseph, a Jewish girl living in his building. He severed ties with Sayeeda and married Hannah. After marriage Hannah Joseph was rechristened as Rehana Ahmed.

Iftekhar’s debut film was 1944 release “Taqraar” which was made under the banner of “Art Films-Kolkata”. The heroine of this film was 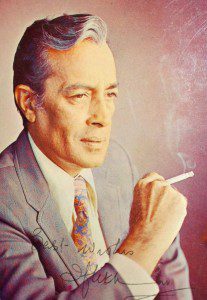 that time star actress Jamuna. The year 1945 saw two releases “Ghar” and “Rajlaxmi” with Jamuna and Kanan Devi in the main lead, respectively. “Rajlaxmi”, which was made under the banner of “M.P.Production”, was also Talat Mehmood’s debut movie of as a singer and actor. Iftekhar was then seen in the 1947 releases “Aisa Kyon” and “Tum Aur Mai”. Meanwhile, his elder daughter Salma was born in the year 1946 and the younger one, Sayeeda in 1947.

Many of Iftekhar’s close relative including his parents and siblings migrated to Pakistan during partition. Iftekhar preferred to stay in India though due to riots he was forced to leave Kolkata. He, along with his wife and daughters came down to Mumbai in the year 1948 and stayed in Hotel Evergreen in Khar. Life had taken another turn and his struggle for survival began because it was very difficult to find work. Salma ji says, “We (me and my sister) were still very young and would often be without food. Ultimately our mother had to work as secretary to a gentleman named Mr. Patanwala to fulfill the basic household needs while dad continued with whatever small or big work he got but our financial conditions remained the same”.

Though he was senior to Iftekhar, Ashok Kumar always considered him as his painting “guru”. Iftekhar’s stature as painter can be seen in the paintings he especially made for the 1964 release “door gagan ki chhaon me”. These paintings appear in the background during the opening credits of the film. 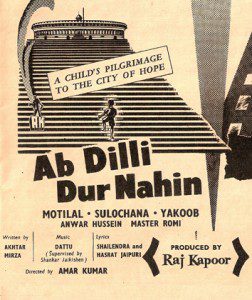 Iftekhar played a cop in this “B.R.Films” 1969 release. Salma ji says, “The movie “Ittefaaq” changed our lives completely. The cop’s uniform suited daddy’s personality so well, that he instantly became a very busy man. He soon bought his own flat in Khar. The credit of all this goes to Ashok Kumar uncle on whose recommendation daddy was given an entry into “B.R.Films”. Prior to “Ittefaaq”, he had worked in “Kanoon”, “Hamraz” and “Aadmi Aur Insaan” made under the same banner. By then I had already left Mumbai due to my marriage”. 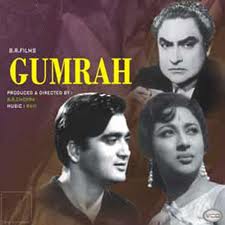 Salma ji got married in the year 1964 to Dehradoon based Mr. Vipin Chandra Jain who belonged to a very rich family. His grandfather, renowned entrepreneur Raibahadur Ugrasen Jain was a former chairman of Dehradun Municipal Corporation. Vipin Chandra Jain had come to Mumbai to join Hindi movies as an actor. It was a love marriage and Salma ji shifted to Dehradun with her husband. She spent 15 years in Dehradun where she taught English in a college. Meanwhile, she gave birth to a son and daughter but in 1979 she had to come back to Mumbai due to some household problems. For the next 20 years, she worked for producer N.C.Sippi as his secretary and manager.

1970’s and 80’s were the busiest decades in Iftekhar’s career. During this period he acted in hundreds of movies like “Sharmili”, 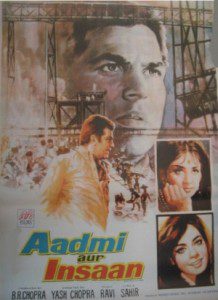 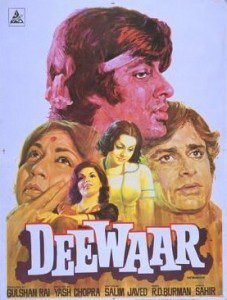 Salma ji says, “Even though all our close family members shifted to Pakistan, we remained in touch. My eldest chachaji, (late) Mr.Imtiaz Ahmed was a famous actor on Pakistan T.V. and was honored with the National Award by Pakistan Government. The second chacha, Mushtaq Ahmed was a pilot with Pakistan International Airlines and is now settled in the US. Daddy’s step brother and the youngest Iqbal Ahmed chacha, and his wife are doctors and they also reside in the US. Daddy’s only sister Shamim aunty lived in Karachi, but she is no more now. During one of my Pakistan journey, I met Sayeeda in Rawalpindi, the same girl who was once engaged to daddy in Kanpur. I still remember the warmth with which she met me. It was really heartbreaking to know that she had decided to remain unmarried forever. Yes, she never married”.

Iftekhar’s younger daughter Sayeeda’s husband M.I.Sheikh lives in Juhu-Mumbai. He was a manager with CEAT tyres. They have two kids. In the late 80s, Sayeeda was detected with cancer. She bravely fought with the ailment for 5 years but lost the battle on 7th February 1995. It was really hard for Iftekhar to cope with daughter’s demise and it started affecting his own health. He was diabetic and his condition was going from bad to worse. He was admitted in the “Suchak Hospital” in Malad (East) but his condition kept on deteriorating and he passed away on 1st March 1995, exactly 24 days after his daughter’s death. 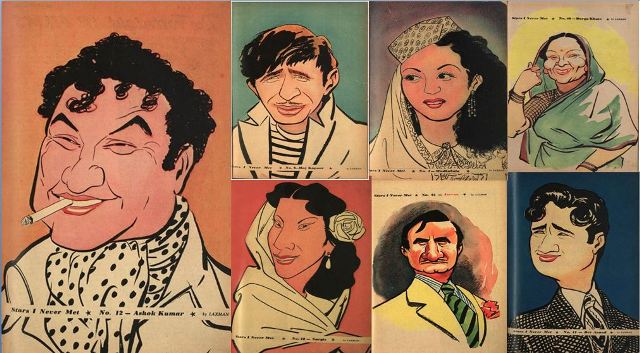 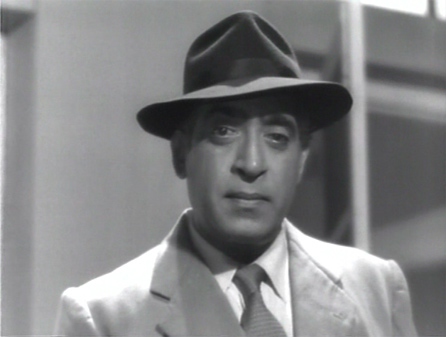 Blast From Past: K.N. Singh