It’s over four decades but the Superstar of the Millennium the septuagenarian Mr. Amitabh Bachchan is ferociously busy with his forthcoming projects as he was forty years ago. Mr. Bachchan still continues to be the heartthrob of the millions and tops the list of twitter as well as facebook users on the social networking platform. He is the thespian from the world of Indian Cinema who considers punctuality as the sole of business. Bachchan’s reputation for punctuality to reach the sets on time has given sleepless nights for his directors who worry about themselves to report on time when working with Big B.

Let me take this opportunity to share few anecdotes which speak about the immense respect Amitabh Bachchan Ji holds for his father the celebrated poet.

The Discipline of Reading 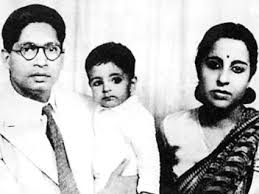 From a very young age, his father believed in the discipline of reading. The University being four miles away from the house Dr. Harivansh Rai Bachchan used to waste a lot of time walking home so he took up the habit of reading as he walked. Reading while walking slowed his pace but earned him valuable reading time and immense knowledge while getting to his destination.

On many occasions post finishing the midnight mushairas his father used to return back home late and it was Amitabh who used to always open the house door for him. Each time he used to step in the house his father tired after working for longer hours used to say, “Paisa Badi Mushkil Se Milta Hai.”

A couple of years later tables changed when Amitabh Bachchan joined the Indian Film Industry with a grueling schedule doing three to four shifts in a day returning back home late night or early morning. His father used to open the door for him then and it was Amitabh Bachchan who used to repeat the same lines his father did years ago, “Paisa Badi Mushkil Se Milta Hai.” And both would have a good laugh.

Amitabh Bachchan who holds the reputation for his strong will power and temperance often credits this to his father from whom he learned this. Once, producer Anwar Ali, late actor Jalal Agha and Amitabh Bachchan went out to party at Hotel Mandovi in Goa. They all fooled around the whole night and got very drunk. Next day Anwar Ali went over to speak to Bachchan said, “In this industry, at every step, you will find a drink waiting for you. I advise you as a brother and friend don’t touch drinks till you make your identity.” To which Amitabh replied, “Chod Diya Maine.” (I’ve quit drinking). And he kept his word admits Anwar Ali. He admits from his father he learned the power of having strong will power. His father used to write for eighteen hours a day with a glass of hot water next to him on the table. Every time his fingers ached he used to dip his fingers in hot water and continued writing. Amitabh admits that whatever recognition he has achieved today shall fade in a decade or so but his father’s work would always be remembered for over thousand years. 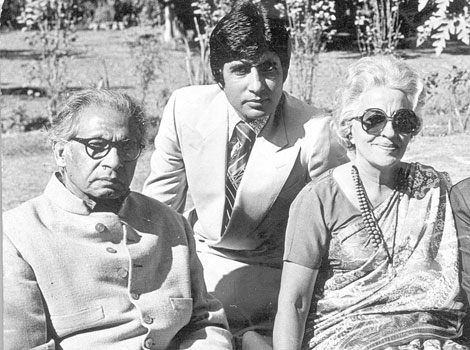 Amitabh admits his father was very particular of his dressing sense with precision to details from a personal growth point of view. Despite being a Hindi poet he had proven himself not only as a prolific Hindi poet but also as a good English teacher. If his father was to teach English to the class he ensured that he would wear English clothes and in English fashion in his appearance, his manners, and his hairstyle. He ensured he never stuff his cheeks with paan such was his father’s precision to details.

It was Amitabh’s movie “Coolie” where we saw him come back from the jaws of the death after his Coolie accident. The hysteria surrounding this incident was sufficient to bring the whole nation to a standstill then. When his father caught the glimpse of Amitabh being taken unconscious from the operating theater to the intensive care his father started reading the Manas till he reached home that evening. After this as long as Amitabh was in the hospital his father kept reading the Manas constantly speaking to no one and being spoken to by no one. The positive vibrations showered upon him by his parents, family, and fans across the globe have given him the energy to emerge victorious post “Coolie” accident. The only time his father used to stop reading Manas was when he was allowed inside to see his son Amitabh.

With “Madhushala” Dr. Harivansh Rai Bachchan witnessed hard criticism but he chose not to react as he firmly believed, “Criticism cannot produce literature and literature is not written for criticism but it is the outcome of the experience of one’s life.” ‘Madhushala’ eventually became a legendary lyric making Dr. Bachchan the symbol of fame.

Dr. Harivansh Rai Bachchan passed away on 18 January 2003 at the age of 96, as result of respiratory ailments. Amitabh’s father was always optimistic about him, “I hope he will shine.” His father always believed in Amitabh’s literary proclivity. His letters written by him to his parents during his college days are proof of it. “There is no difference between his thoughts, feelings, and writings – that is the greatest achievement of a writer.” said his father late Dr. Harivansh Rai Bachchan.