It would be unjust to introduce Manav Kaul. The actor-writer-director is someone who has made a mark for himself in the Hindi film industry. The recognition has come after a long time for him. Manav, who made his debut with Jajantaram Mamantaram was spotted only after his roles in Kai Po Che & Citylights. But it is not just those roles that define. There is so much more to him. Read to discover….

How did you get attracted towards cinema? 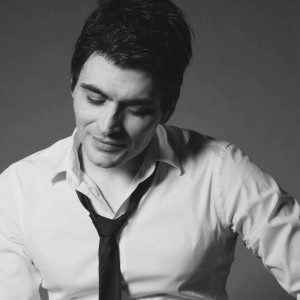 In India, as you know, cinema and cricket are the two most fascinating things. When you are from a small town, like I am from Hoshangabad, you want to do something that makes you a star. So, cinema was in my mind since I started watching it. I was always attracted towards it. Theatre came into my life much early. I started my theatre in Bhopal and I came to Bombay in the year 1998. I started doing theatre over here. I was lucky to get some great teachers. The whole journey began from there. And because I love theatre and cinema equally, I was able to balance them very well. I took a gap of 8 years from acting in cinema because I was not enjoying it. I had my focus on writing and directing plays but then Kai Po Che was offered and I could not say no to it.

Your theatre group Aranya has recently completed 13 years. Please share your experience with the group.

Whatever I am today is because of Aranya. I would not have survived if Aranya was not there. It is just because of those amazing people who came together and started the group that I got all the confidence to reach here. I started writing and directing at Aranya and those people who were a part of it believed in me and my work. It’s been 13 years now. We have been performing in different places across the country. It’s a beautiful journey and I owe my life to Aranya for making me what I am. 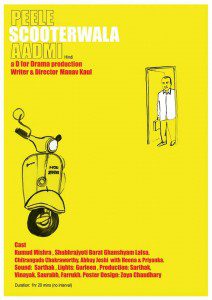 Among all the plays you have performed, which is your favourite?

Because I have written and directed all my plays, each one of them is my favourite. Honestly, it is tough for me sometimes to believe I have written and directed them. I had written Shakkar Ke Paanch Daane in 2003 and Peele Scooter Wala Aadmi  in 2004 but now when I see those plays, I don’t believe sometimes that I had written them. I have no idea how I wrote them. And it is the same thing when I watch any of films. When I watch Citylights now, I don’t believe if I have done this for real.

Your prominence in dramatic environment came from “Shakkar ke Paanch Daane”. How did it help your career? 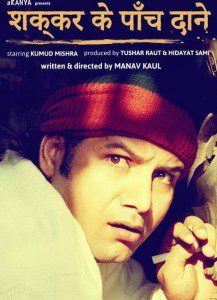 See, I am really happy that Shakkar Ke Paanch Daane happened. It was an instant hit. It got translated into different languages and was performed because it was good. I got the confidence that I can actually write after it was shown at various places. I got the courage to try something new and get acceptance from the audience. So, that way SKPD was a confidence booster for me. I thought that this is what I want to do in my life. From there on, I did not look back and jumped into writing and direction. SKPD played a very important role in my life. It shaped my entire career. I had my own audience after it.

What is one thing which is the biggest obstacle as a writer?

I always feel that anyone can write. I always tell young people that don’t be afraid to write. Everyone has a story to tell. One should just write and not think how people will take it. That is the biggest problem with the writers. You should just write honestly. You should just put whatever that comes from within on the paper and you will see people loving it. I believe anyone can write because we belong to a country which is full of drama and happening.

There is a freshness and positivity in your work. You keep experimenting, whether it is in space of theatre or cinema.  Does this come from your personal experience and observations?

I am absolutely clear in my life that I don’t want to get bored. I hate getting bored. I hate being monotonous. I always try to do something which surprises me. That takes me away from that monotony and boredom. I approach all my characters with the same mindset and make sure that the character has many layers. The approach is the same in writing as well. You have to entertain yourself first and this is my theory when I chose what I want to do.

You have hugely contributed in rejuvenating the theatre scenario in India. What more can be done in making theatre popular among young audiences?

My perspective is that society gets what it deserves. The question is do we need theatre? Are people willing to read? Are people willing to come and watch a play? If a society wants a theatre scene in the country, they will get it because they themselves will create that atmosphere. The responsibility of improving the theatre scenario is not dependent upon us – the artist but the people. It is like demand and supply. It is not completely an artist’s responsibility to make sure there is a huge crowd every time there is a play going on. There are many people in this country who are doing a great job to improve the theatre scenario and particularly in small cities, the craze is there but at the end of the day, you need to have that craze.

Let’s talk about your new book ‘Theek Tumhare Peeche’. The title excites us. 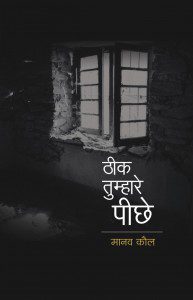 Thik Tumhare Peeche is one of my poems and when my publisher asked me to suggest a name for the book, I suggested ‘Theek Tumhare Peeche’ to him because it is my favourite poem.

Some more insight about the book…. 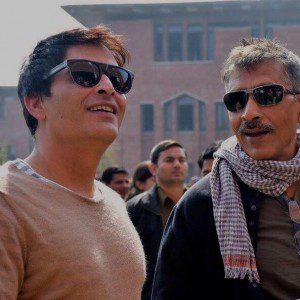 What was it like working with Prakash Jha in Jai Gangajal?

Jai Gangajal was a very good experience. I loved working with Prakash Jha. He gave me great space. He gave me so much liberty to perform my best. I thank him for first of all writing Bablu Pandey’s character and then choosing me to do that role. I believe the character was very vulnerable and it was a challenge to play it. Bablu Pandey was very different in the way that he cries and has a different shade to him. You don’t expect a villain like him in Hindi cinema. I got the opportunity to play him. I still get so many congratulatory messages for playing that role and I can only thank Prakash Jha for it.

Your childhood was spent in Hoshangabad in Madhya Pradesh. Did coming from a small town help when you met fame for the first time?

Our family got settled in Hoshangabad because it is my mother’s home. I feel blessed to have brought up in that city. There was so much we used to do in those days. I remember going to Narmada Ghat with my friends for a swim and collecting coins from the bottom of the river. When I was in class 9, I used to do as many as 15 activities in a day. I used to go for Karate classes, play football in the morning, swim in the evening, play table tennis and various other sports. I also used to learn typing Hindi in shorthand. I had organized a dance club where I used to teach dance to barbers and electricians. They used to give me Rs 50 a month to teach them a dance step. I had a library also. Hoshangabad gave me so much. My entire childhood was colourful because of that city and I love it for the same. I had to leave the city because I wanted to do something big.

A small-town guy made it to big stage solely on talent and passion. Your story can inspire many budding actors. What will be a realistic approach you will suggest to the newcomers?

I know it’s a cliché line but I always say that – you need to know that one thing you want to do in your life. What is the one thing you feel you can do the best. Once you realize, you must step ahead in its pursuit. And the other thing is hard work. It always pays off. I remember when I was growing up, my mother saw my palm and said you don’t have a luck line. I replied I don’t care about my luck line. I will create my own luck. I don’t want to be lucky. I want to do the hard work and make it happen for me.

You are a director, a writer, an actor. Of all the roles, which is the one you love the most? 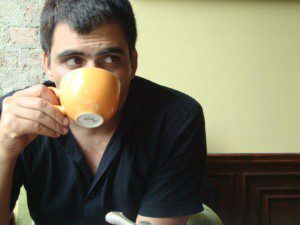 I have not yet done what I love the most. That one thing is opening a coffee shop with lots of books in it. This is what I am going to do.

In which upcoming projects, you are working on?

I have just completed shooting for Bejoy Nambiar‘s Dobara. The other is a psychological thriller coming up and I hope you will get to see the film mid of this year. 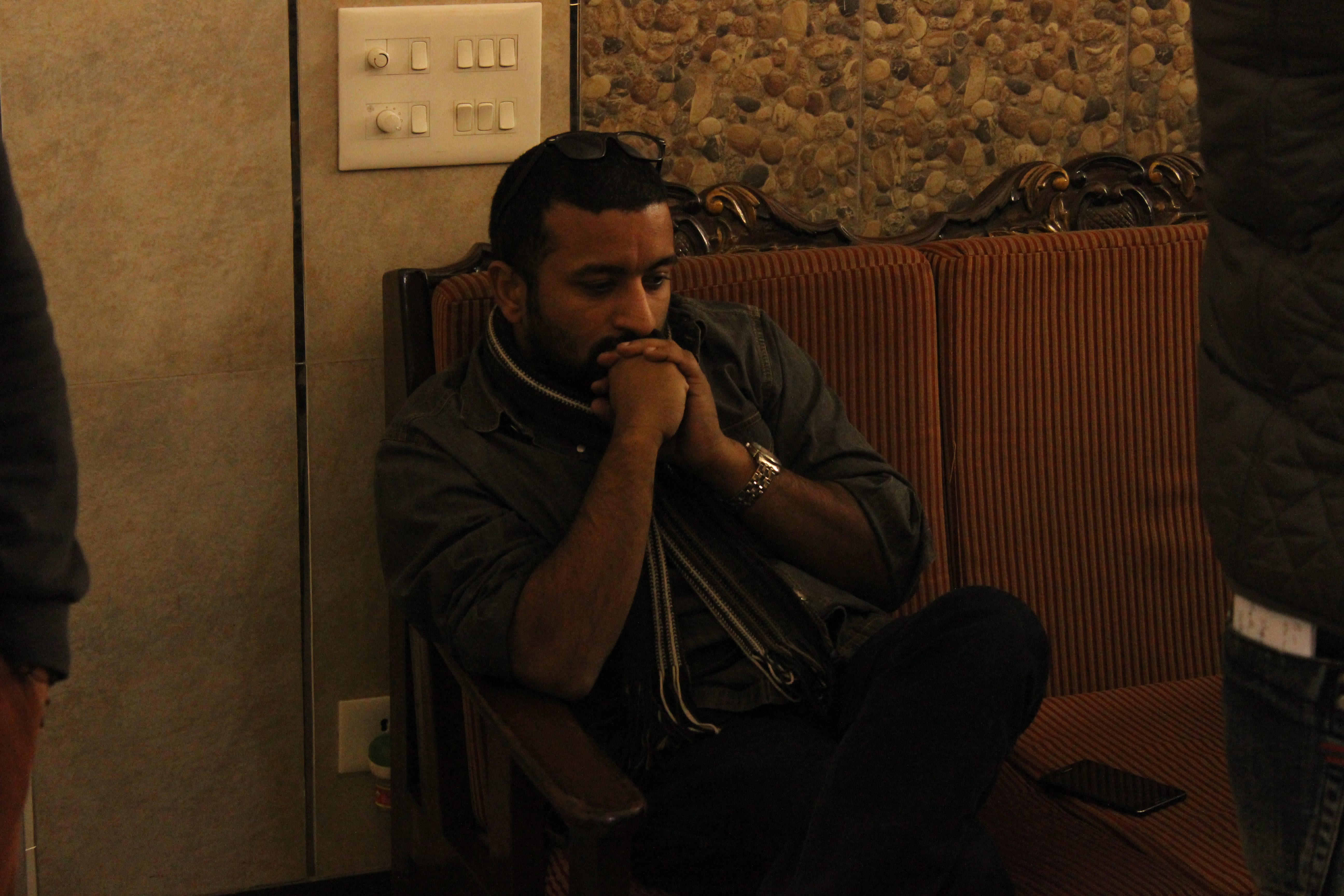