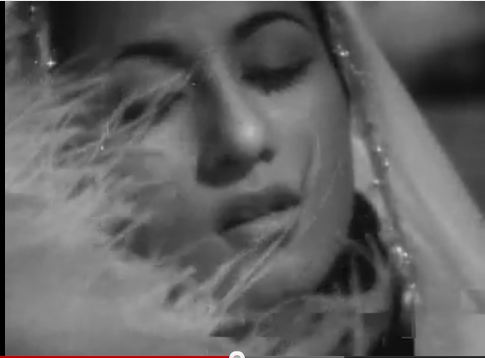 Article, Blast From Past, Exclusive on October 7, 2015 0Comment Bollywoodirect
ShareE-mail

Similarly, it’s not only Guru Dutt who swooned over Waheeda‘s beauty with Chaudvin ka chaand ho ya aaftaab ho…

Raj Kapoor and Nargis heated up the screen just looking at each other. Shammi Kapoor only needed to quirk an eyebrow to evoke goosebumps, and Dev‘s lopsided grin coupled with Nutan‘s megawatt smile lit up not only the screen but also the audience. 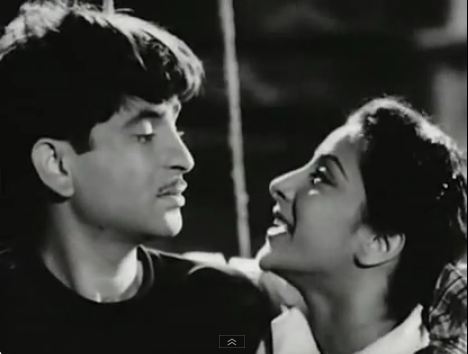 This is definitely one of the ‘it has to be seen to be believed‘ songs. The romance between the characters, the chemistry between the actors, the lyrics, music, picturization – if you want raw sensuality that sets the screen on fire, well, you got it. Without as much as a kiss or the heroine dropping her clothes. It is amazing how much can be said, or not, as the case may be, with just a look. The lyrics hint at, It, though, when she pleads Dum bhar jo udhar munh phere, o chanda, main unse pyar kar loongi. Yet, it is not the ubiquitous – and to me, personally, rather icky – a shot of two flowers waving in the breeze. The passion is hinted at, not caricatured; it is barely contained, yet it is not on outright display. 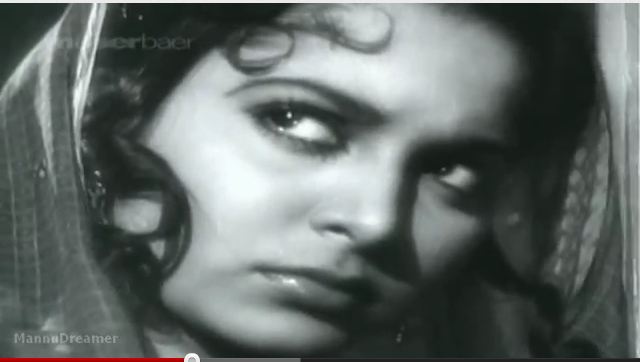 Just when you think song picturizations cannot get any better, Guru Dutt comes along to show you how wrong you are. This song is, on the face of it, a bhajan, sung by an itinerant mendicant. On one level, it is the love of Meera for her Krishna Bhagwan. On the other hand, it also exemplifies the yearning of Gulabo, a prostitute, for Vijay.

Take a look at the expressions that flit past her face as she is drawn, almost unwillingly, to the man she has come to love above all else. Listen closely to the lyrics, and see how it could fit both ituations. Each step Gulabo takes upwards, each breath she draws as she comes closer to her dream – it’s an amazingly powerful performance. And yes, she, too, is quite decorously clad. 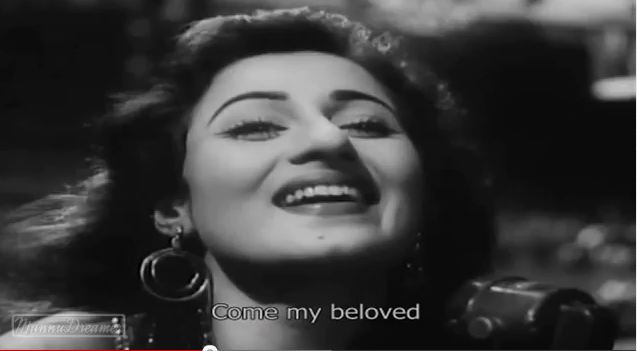 She is a nightclub singer, crooning to make patrons spend more than they can, or should. Madhubala smoulders in a ghagra choli, but it is her dazzling smile and exquisite ada that make the difference. She is uninhibited, lost in her own song, as she stands in front of the microphone, moving almost languidly – just a few steps, and all the while, one can hardly take one’s eyes off her. From the first notes of the instruments, (music by OP Nayyar), the lyrics (Qamar Jalalabadi) and Asha Bhonsle providing the vocals, the stage is set for Madhubala to work her magic.  And she matches up to expectations and more, making every member in the audience feel she is singing for him alone. Amazing. 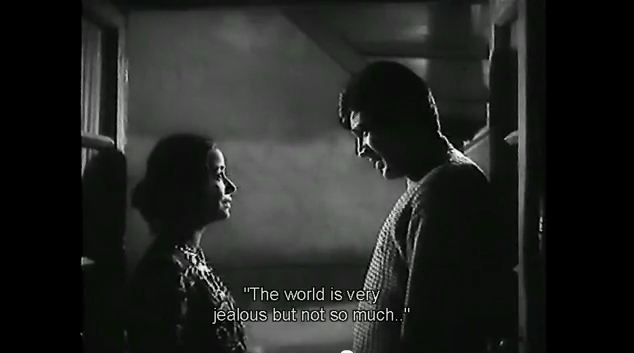 One of Chetan Anand‘s lesser-known films, this certainly deserves much more attention than it has garnered. The film also saw the debut of the man who went on to become the first ‘superstar’ of Hindi films – Rajesh Khanna. And you realise how much talent this man really had, and just how much his mannerisms overshadowed, and later killed his performances.

This song is much more explicit than the others I have listed so far, in that the lyrics (Kaifi Azmi, music by Khayyam) and the picturisation make it very clear that they have just made love. He doesn’t want her to leave yet – Raat ab baaki hai – and he hasn’t had his fill –Paake tujhko tujhe paane ki hawas baaki hai.  He doesn’t shy away from lust (though it embarrasses him too, a little bit), as honest an emotion as love, but then the Anand brothers definitely did not back out from showing passion in all its hues. 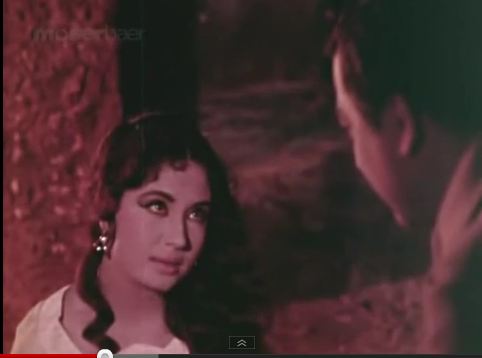 For the mindblowing picturisation. It’s not just Pradeep Kumar who will find his scarf a tad tight around his neck. Meena Kumari looked absolutely stunning, mingling mischief and sensuality, and her character does not shy away from saying exactly what her feelings are, even if in verse. (Lyrics: Majrooh Sultanpuri, Music: Roshan) Ab tak dabii thi ek mauj-e-armaan, lab tak jo aayi ban gayii hai toofaan… Dil jo na keh saka, wohi raaz-e-dil kehne ke raat aayi… Lata Mangeshkar‘s voice had just the right tinge of seduction, and the fire in the scene had nothing to the flames of passion that are ignited between the leads. 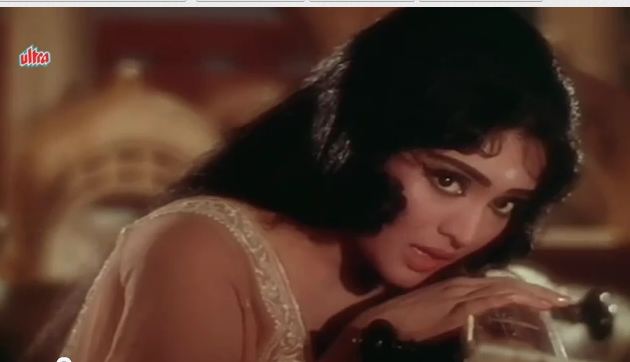 There is a story, possibly apocryphal, that Lata Mangeshkar was so tired of being told that she couldn’t sing sensuous songs like her sister, that she asked (forced) Laxmikant-Pyarelal to compose a ‘seductive number‘ to prove she could match and even beat Asha at her own game. (It is one of her rare cabaret numbers.) However, this was one song that beat the cabaret number hollow when it comes to sensuousness, and the picturisation of the latter bore no comparison to Vyjayanthimala at her seductive best. 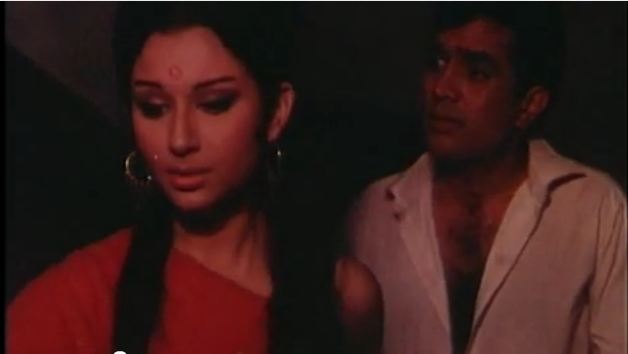 While it is from a period later than I usually choose for my songs, the picturisation of this song is brilliant. RD‘s music (yes, I know it was Burman da who was credited for the score, but this is RD), Kishore Kumar‘s vocals, and the simmering intensity between Sharmila and Rajesh made this an absolute winner. 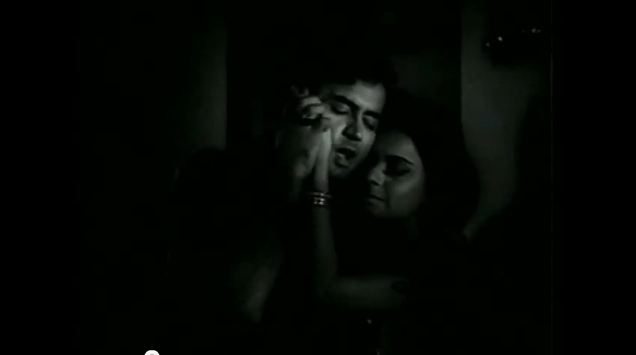 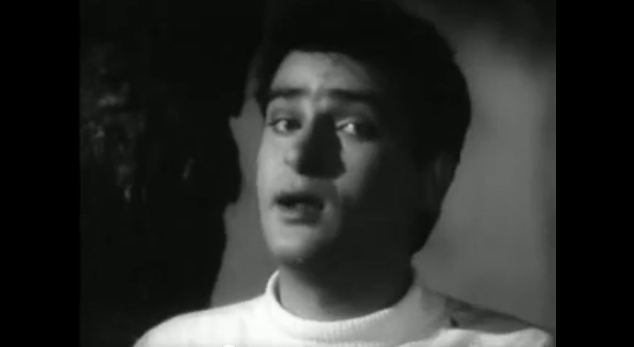 Who better than Shammi Kapoor to put the innocence back into sensuality? A lift of his eyebrow, a shake of his head, a glance, and Mohammed Rafi‘s soft vocals – which girl can resist?  It’s romantic, it’s innocent, it’s playful, it’s sensuous. The picturisation, early in the morning, with swirling mists, a handsome Shammi and a tremulous Asha Parekh— if I do not stop now, I will gush. For some reason, I cannot find a video with the full song. The film version was longer with a verse in the middle: 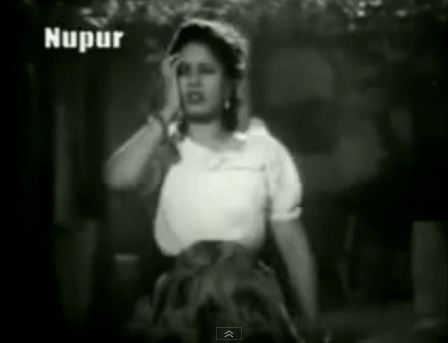 It seems impossible to make a list like this and not include Dev Anand. Just as impossible as it is not to have Shammi. This is one song, at once sensuous and seductive, that has made many of my lists. It is, quite possibly, one of the most erotic song picturisations ever. The hero, the heroine, a guitar, the beach, a storm. And Hemant da‘s voice. The camera lingers on her face ashe sings, capturing her inner struggle as she wavers between ignoring him as she knows she should, or giving in to her heart’s desire. He doesn’t make it easy for her, either.

The tempest outside is nothing compared to her inner turmoil; the screen crackled with the intensity of her emotions and the camera captured the sexual awakening of a young girl, without a hint of vulgarity. 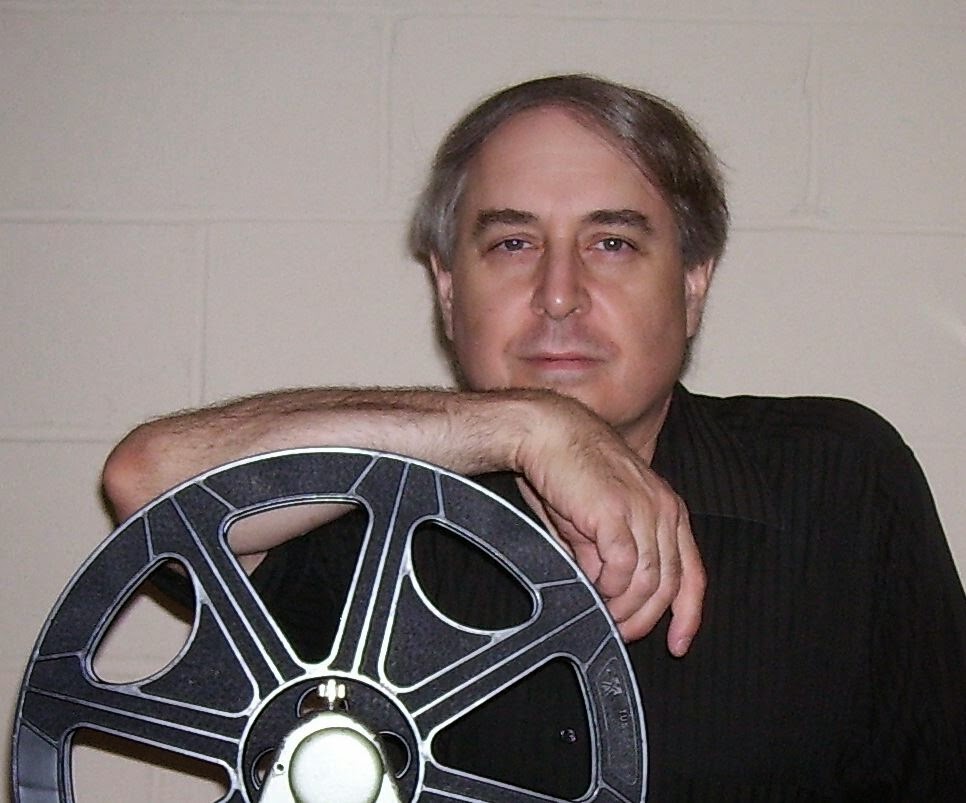 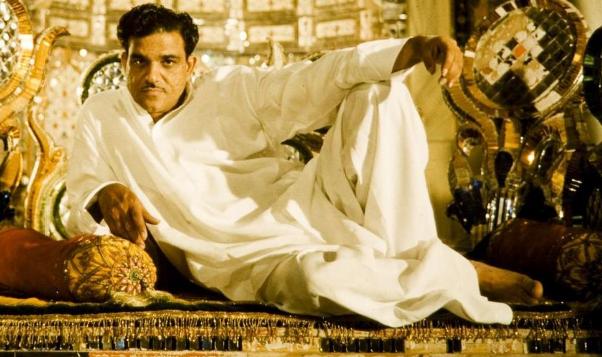