Rangoon is an upcoming drama film, directed by Vishal Bhardwaj and produced by Sajid Nadiadwala and Viacom 18 Motion Pictures. The project is a period film set during World War II. It stars Kangana Ranaut, Saif Ali Khan and Shahid Kapoor in lead roles. The film is scheduled for release on 24 February 2017.

Shot mainly in Arunachal Pradesh, Rangoon is set against the backdrop of World War II, when India was also fighting its own battle for independence. The love triangle between the leads, Shahid Kapoor, Kangana Ranaut and Saif Ali Khan is stunningly portrayed.

Kangana plays Julia who is a popular film actress, and Saif plays a filmmaker in love with her. Shahid plays Nawab Malik who is a soldier who happens to meet her when she is sent to Burma. What follows is a story of love, war, and deceit. 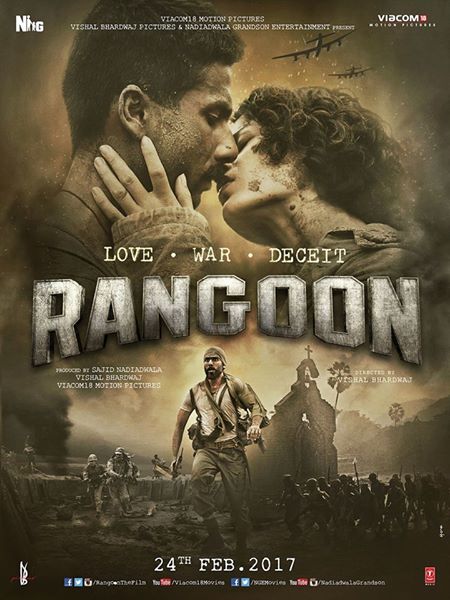