Music gives a soul to the universe, wings to the mind, flight to the imagination and life to everything.”  May be not goes in line with current trend. But there are always some melodious voices, which had enabled the music lovers to fly in the dream world without wings.  Vineet Dhingra´s “Meherbaan” has also created a similar effect.  Vineet is currently busy in creating his next single. In the middle of everything, we got a chance to talk about his love for music and his plans.

We know you from your fashion brand Chamomile. From fashion to music (vocalist), how was this journey for you? Please tell us a little more about yourself. 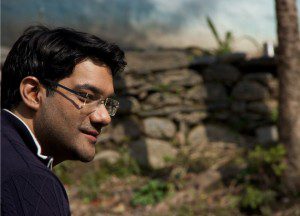 I enjoyed the fashion venture while it lasted. I am associated with a 55 year old Industrial Genset Manufacturing business which I continue to do. I decided that since I had an active interest in Music for many years, I had to do something more substantial with it. In the digital age, it is now possible for independent musicians to follow their passions and strive towards fulfilling some of those far away dreams.

It is really inspiring that you took your time out from your regular life to follow your passion. After creating your debut single and very captivating video, how you feel about it now.

Well, I feel a mix of gratitude for what we‘ve achieved, excitement about the future possibilities and a sense of commitment to strive harder to produce better work for the sake of all the people who have shown faith in my singing. The first song is always going to remain special. Meherbaan has been released across some 500 digital stores (mainly iTunes, Amazon, Nokia etc.). A lot of people have worked with utmost dedication towards making this possible. 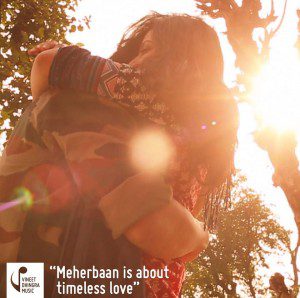 The music video is as astounding as song.  You worked together with Sanjay Suri and Ajay Govind for this video. How you approached and convinced them to work on this video? How was the overall working experience with them?

I started working on Meherbaan about 18 months back. While the music production was sorted by early 2013, I struggled with the video. I was keen on making a story based Video like a 3 minute beautiful film. I really liked the work Sanjay´s production company had done for a fashion brand. Sanjay and Ajay have known each other for a while. It’s wonderful to work with creative people who don’t compromise on quality while respecting budgets. I am very grateful to both for their contribution.

How satisfied are you with this whole project and what are the main take away from this?

I am very satisfied with the efforts we have put in as a team –music & video production respectively. One thing I have learnt is that Pre -Release —work as hard and innovatively as one can to improve the creation. However, post release, I learned to let go of the same and keep moving to other things. Also the first step towards a new venture one has to take oneself, and then well-wishers keep emerging to chip in almost unexpectedly.

What are your personal preferences in music? What you enjoy (music,, voice, genre etc. ) most?

I enjoy the romantic melodies of the 80 s to current Bollywood hits. Some of my favourite singers include Mukesh, Jagjit Singh, Kishore Kumar and currently Arijit Singh. Of course western influences like MJ as well.

The quality of your voice is very suitable for Bollywood films (romantic). Do you have any plans for singing for movies?

Yes, I am currently working on a couple of independent projects with Bollywood Directors. Look forward to playback for films in the near term.

What next from Vineet Dhingra and When? (upcoming projects)

So I am working on a cover of an iconic love song from the 80s. Additionally, I am working on shooting video for my 2nd song. (Scheduled release in 3rd week of August).  My intention is to keep making melodious fusion music and releasing it digitally under the aegis of Vineet Dhingra Music. Some interesting film projects are in the pipeline but as you know they have a much longer gestation.