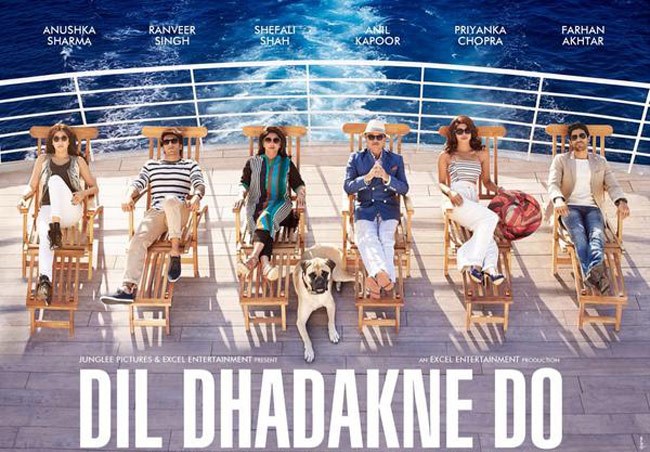 Members of which Indian community are most likely to throw a lavish foreign cruise party to celebrate their anniversary, inviting family and friends, when they are crippled by debt? 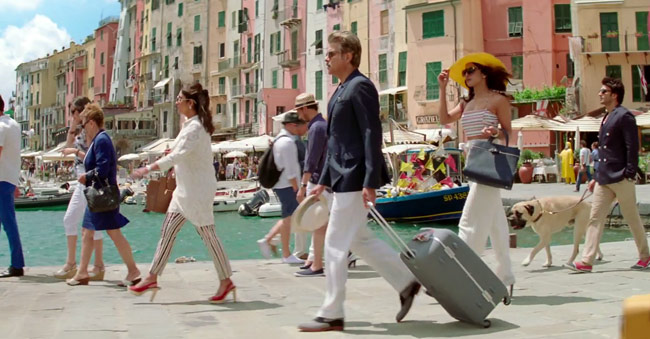 That same community, their mannerisms, dialogues, behavior, conversations are absolutely nailed, almost perfectly. And that is what is most enjoyable about the film – the close look at a dysfunctional family and their equally crazy relatives and friends. The story otherwise isn’t much and the ending is…well, it would need a lifeboat to rescue it… 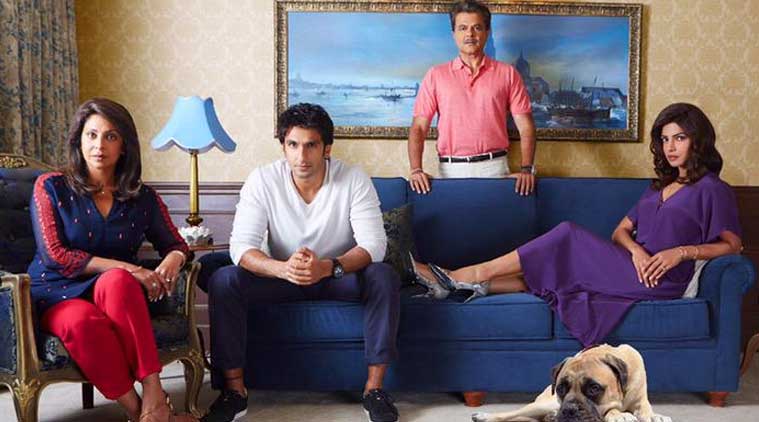 Auntyji 2 : Teri maid phir bhaag gayi hai ? Yaar, what do you do with your maids ?

Auntyji 3 : (when scolded to get a life, after spending too much time match-making) : Yeh paagal ho gayi hai ? Hummein job kaun dega ?

Auntyji 4 : (when asked to have a drink) : Nahin, mujhe arthritis hai so I cant hold a glass for long

Auntyji 4 : (about above Auntyji, at another point in time) : Inhein asthma bhi hai!?

Anil Kapoor : Head of the family. Self-made man. Reminds everyone about it constantly. Has an eye for the pretty ladies. And business trips with them. He is very good as the the testosterone filled dad, prone to getting his own way. And is central to the best scene of the film, a medical emergency 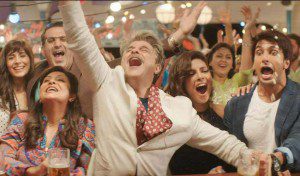 Shefali Shah : Wife. Advisor in tough times. Doormat (to be trampled upon) at others. Prone to eating. Chocolate. Especially when nervous. She was the actor of the film, communicating volumes through her eyes and expressions. Didn’t have too many killer dialogues but one stood out, on the topic of marital incompatibility – “Husband hai, judwan bhai nahin” 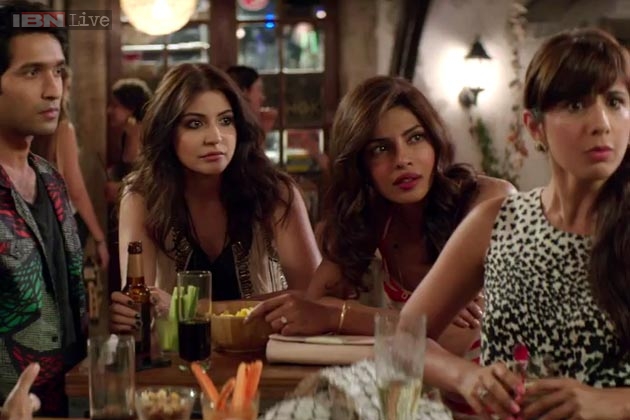 Ranveer Singh : Happy go lucky. Infectiously funny. Loves to fly. Isnt good at handling Dad’s business. Has tried. Is being asked to marry daughter of rich friend. To do his bit for the family business. Ranveer does what he does best – brings tons of energy to his role, which seems written for him – and looks, acts, behaves his part. The puke jokes were brilliant! 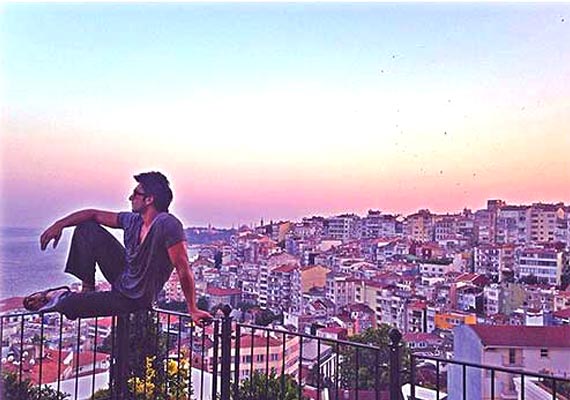 Priyanka Chopra : Super successful, has set up her own business. Married to the wrong guy. By her parents. Used to being over-looked by them for her brother. But for some reason, it still hurts. After a long while, Priyanka gets a role where she isn’t just eye-candy. And boy, does she do it justice. That guilty look after a sudden, stolen kiss… 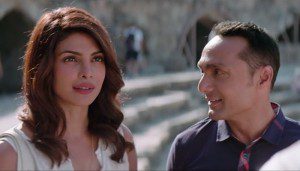 Rahul Bose, Priyanka’s stiff hubby, does excellently in a negative role that, strangely, lacks layers. Zarina Wahab as Rahul’s mom is great too – especially with her various ailments. Manoj Pahwa is very good as a loud, happy friend (Oh, yaar, apni biwiyon ko itne saal jhel liya hai, yeh kya baat hai). As are the various wives and other uncles. Special mention of Khushi Dubey as a wise-cracking young ‘un (Beta, agar saj ke nahin baithoge, to ladka kaise phasega ?) and Riddhima Sud, who does a super job as a bimbette type. As an exasperated Ranveer tells her, when she is caught out once, kissing the wrong guy – “There are 500 rooms on the ship!” 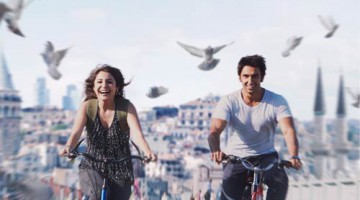 Anushka is good in her role as Ranveer’s love interest. Farhan is effortlessly excellent in his brief role – again, he doesn’t seem to be acting but just being himself (Tum itna smart hote huay itni stupid kaisi ho sakti ho?!) 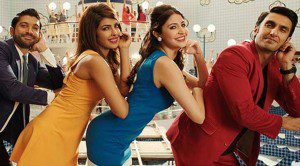 It desperately stretches out. Has an unnecessarily convoluted end. The songs were ordinary, though the background score was great. Thought the whole thing about the dog as a narrator was contrived. But it gets its characters right for the most part. And nails the Punjabi ethos, complete with its extravagance, large heartedness, hypocrisy, male dominance and above all, the intrinsic humour…

Review Written By:- Apurv Nagpal Author Of Eighteen Plus 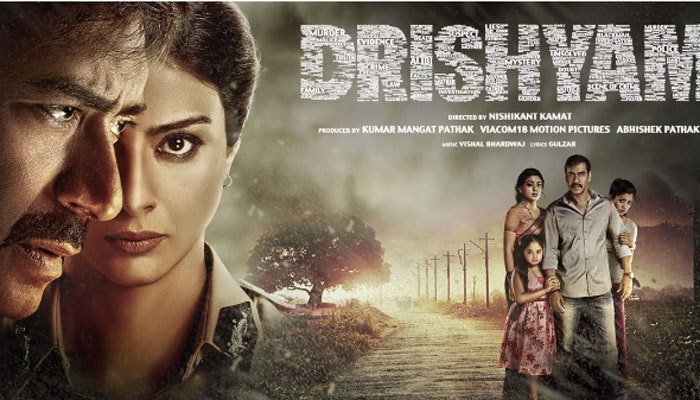 DRISHYAM: The hunt For A Good Thriller Ends Here! A Remake? So What? 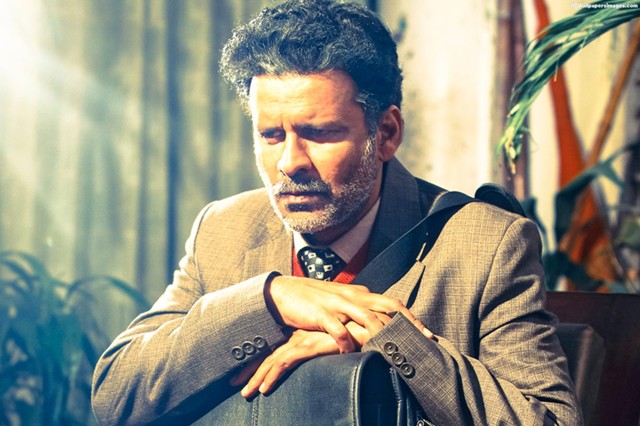 Aligarh-A Cinema Not Just About Gay Rights, It’s About Humanity