Commando 2 is an upcoming action film, directed by Deven Bhojani and produced by Vipul Amrutlal Shah. The film is a sequel to the 2013 film Commando. The principal photography of the film commenced on 17 February 2016. Vidyut Jamwal will be in the male lead role, while Adah Sharma will be playing the female lead role in the film. The film is scheduled to release on March 3, 2017.

Commando 2 trailer introduces us to India’s most wanted black money agent Vicky Chaddha, who gets arrested in Malaysia and is kept in a safe house by the Malaysian authorities along with his wife. A team of four is being sent to Malaysia to bring them to India. Vidyut aka Captain Karanvir Singh Dogra is not a part of this team but he is always there when he is needed. Also, trust him to bring a wealth of action in his wake. 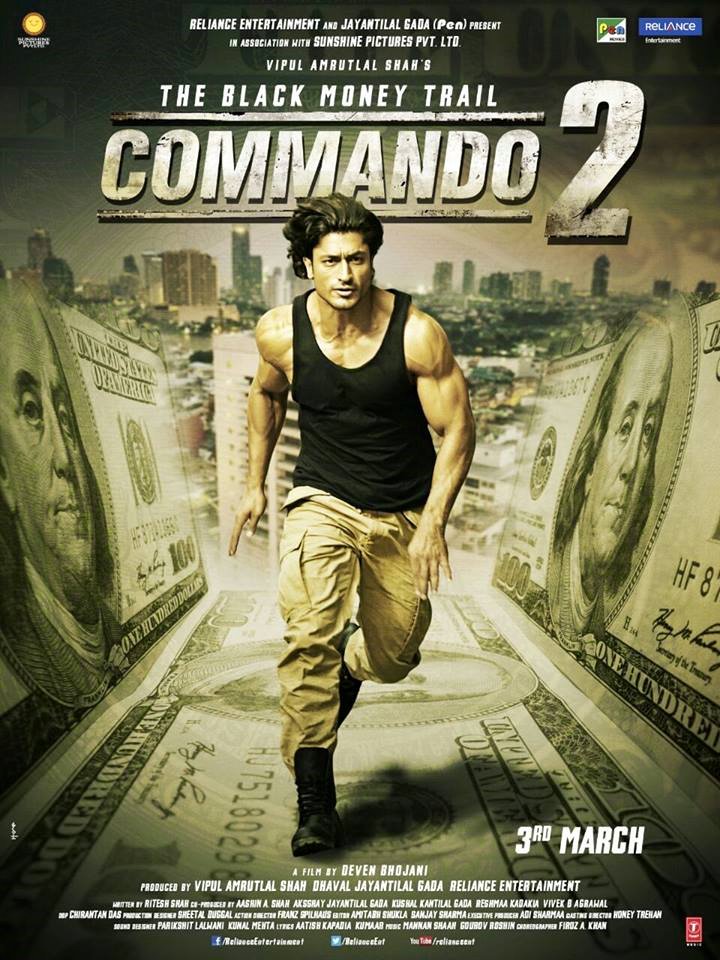