Secret Superstar, or rather (Secret) Superstar is the next film of India’s Mr. Perfectionist Aamir Khan and his Dangal daughter Zaira Wasim. The film revolves around Insia, a 14-year-old girl from Vadodara, whose dream of becoming a singer changes her life and of everyone around her.

Starring Zaira Wasim in the Meher Vij, Raj Arjun Tirth Sharma in lead roles, the film also has Aamir in a special appearance in the role of music composer in the film. Like Aamir Khan’s own Taare Zameen Par, even Secret Superstar has Aamir Khan in a supporting role, more of an extended cameo. 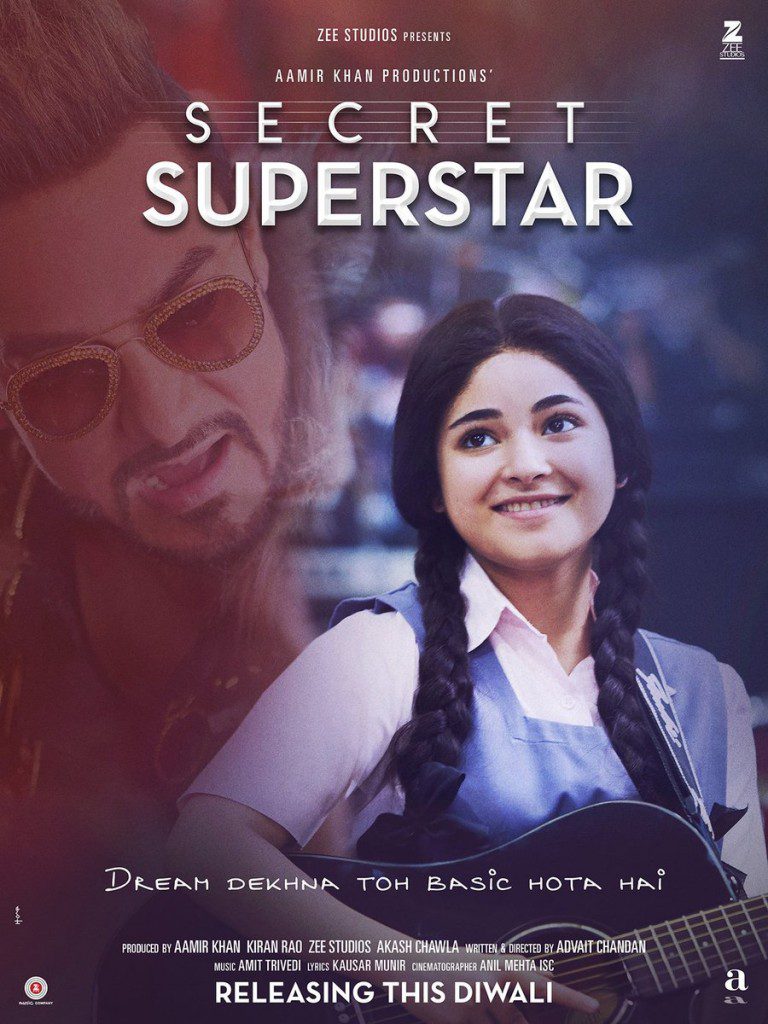