Sarkar 3 is coming soon and so is Ramkumar Singh, who has already made a mark in the film industry with his first film as a writer Zed Plus. This time around the journalist-turned-screenwriter is working with a director he always he wished he could work with, Ram Gopal Varma. And after having waited for long, he will have see his dream shaping into a reality.

Ram took a long break before coming big in Sarkar 3 as a writer but it is never too late in hindi film industry. 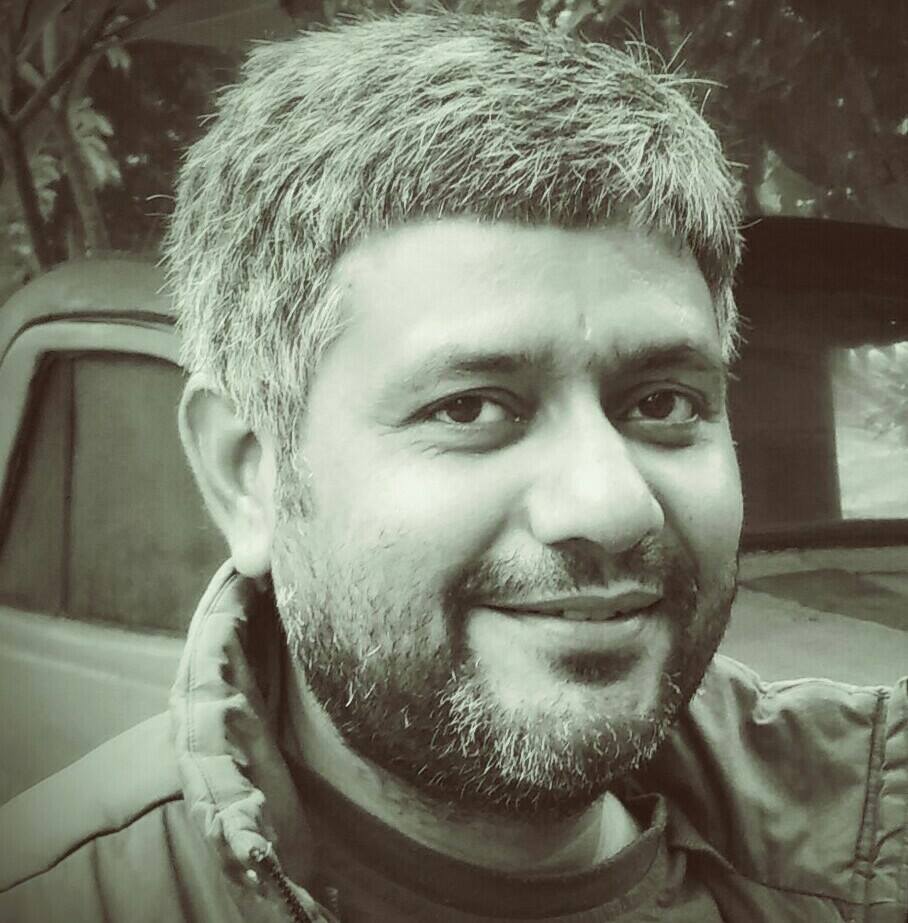 Here, he discusses working with one of his favorite directors, Ram Gopal Verma, the reason behind his interest in films and his journey thus far.

How did films happen to you?

I was doing journalism in Rajasthan. I used to write film reviews and because everyone in India loved films, especially the youth, I too had a longing for it during school days. We had no cinema halls in our area. There were video parlors. We watched films there.

When I started writing about films, I started watching great films and reading good things about films as well. Then I went to FTII to do a film appreciation course. I saw greater films over there and realized that I was wasting my time in journalism. I decided that I want to enter the film industry. But it is not so easy to leave a well-settled job and pursue your dream.

However, I started talking to people in my city, Jaipur about films. I kept the struggle on. By 2011, I with the help of a friend made a children’s film. It was called Chutki Baja ke. But it did not do well commercially. We had realized that there were many shortcomings in it.

Later on, I was a part of a Rajasthani film, which I wrote. That film gave me satisfaction.

When once I went to attend one film seminar, I met people like Anurag Kashyap, Chandraprakash Dwivedi and Sudhir Mishra. That meeting mad me even more passionate about films.

Your first film Zed Plus was a great success. It got massive critical acclaim. How did this film happen?

I had met Dr. Dwivedi earlier and because I used to make trips to Bombay every now and then, I used to meet him. Once I narrated the story to him to get his feedback on it. This was Zed Plus. After listening to the story, he asked me, “Have you committed this story to anyone?” I said, “no.” He instantly said that he was going to make this film. I could not have asked for more and got ready. This is how the film happened.

How much help did Zed Plus bring to settle your feet?

I remember having got nominated in Star Screen Awards. After getting the news of the nomination, I realized that I must have got something to me that even without a godfather in the industry and in a city where I did not know anyone, I was able to make a mark. I decided to move to Bombay, finally, feeling motivated by these turn of events.

And now Sarkar 3. What is the story behind this film?

My friend Sanjay Puran Singh Chauhan & Rohit Banwalikar told me that Ram Gopal Verma is looking for a writer for his film Sarkar 3. They asked me if I was ready to do it. I thought who would not be interested in taking this up? I remember having watched Shiva in Fatehpur and was taken aback by it. Then I saw Satya and other such brilliant films. This is the same Ram Gopal Verma who made such films. I wanted to meet him at least. Our meeting was then arranged.

In the meeting, he narrated me the story and asked me if I can do it. He asked me to write the first few scenes. He wanted to see how far I can visualize. I sent the scenes to him and the next day I got a call that RGV wanted to start the work as a dialogue writer.

How was it like to work with him? What is his way of working?

He is very flexible and always ready to bring changes in the script, even during the shooting. His USP is his visualization. He thinks less in terms of text and more in terms of visuals. I learned that from him and it helped me to write better. He has a great vision and way of working. Even two day before going to the shoot, he will give free hand to edit the script, if it was for better. He believes in improvisation and that is what makes him stand out. I am glad to be a part of Sarkar 3 and working with Ram Gopal Verma.