Five years later, after English Vinglish, Sridevi is back with her new film Mom. Mom is a drama film, directed by Ravi Udyawar and produced by Boney Kapoor and Sridevi. The film stars Sridevi, Akshaye Khanna and Abhimanyu Singh in the main cast and a special appearance will be made by Nawazuddin Siddiqui. Pakistani child actors Adnan Siddiqui and Sajal Aly are playing the roles of Sridevi’s children in the film.

The poster shows Sridevi in black clothes looking sternly at, well, something. Besides the title (Mom) written in English, the word is written all over the poster in several languages and forms.

The poster of Mom was unveiled by Salman Khan at the 2017 edition of the Zee Cine Awards. The actor paid a glowing tribute to Sridevi calling her a bigger star than all the Khans. Salman said “Aamir Khan, Shah Rukh Khan, Akshay (Kumar)… we have all done many films. Aamir may have done about 50 films — he has a lot of time, as he does only one film per year; Shah Rukh may have done more than 100 films… Put together, we may have all done about 250-275 films. But there is one legend who is very talented, dedicated, hard-working and professional. She completed 300 films, after starting her career as a child artiste. Our work cannot even be compared to this legend – she is none other than Sridevi!”.

For the public, Sridevi took to her social networking handle on 14-03 morning to share the mysterious yet stunning first look poster.  As of now, there is no release date set for Mom. 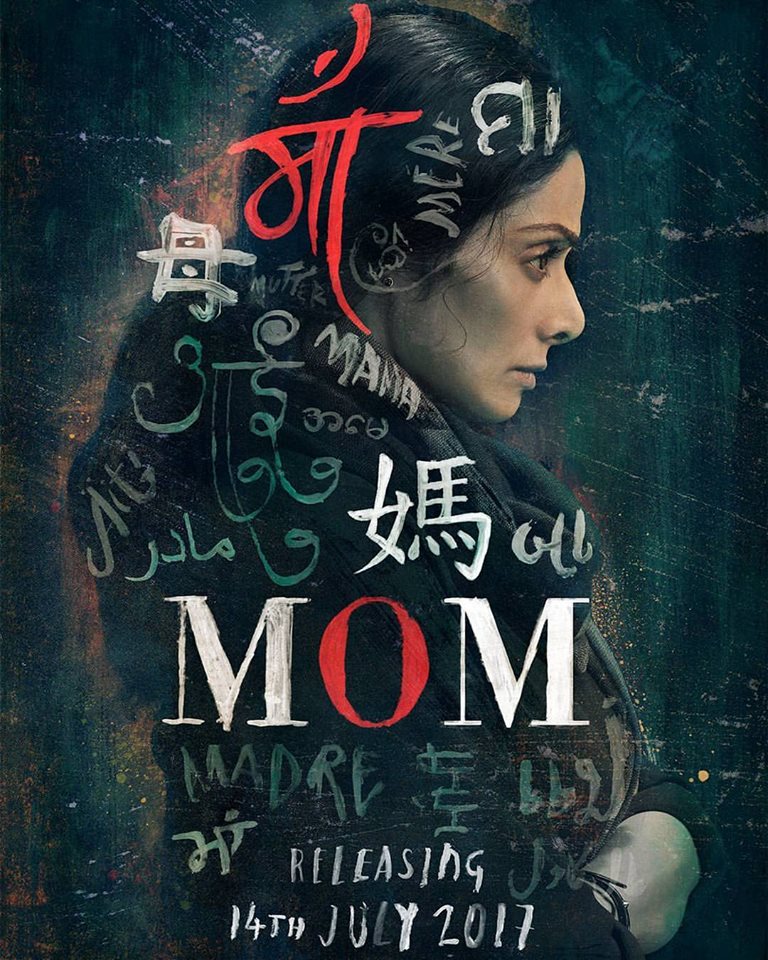