People still recall the host of the hugely popular game show Saap Seedi during 1992 on Zee TV. Perhaps, this was one of the earliest reality shows on television. The host of that landmark show was the confident Mohan Kapur.

With his background in advertising, theatre and modelling, he went on to become the creative director of a channel and eventually landed at Balaji to helm non-fiction shows, a stint that only lasted three months. For the success gained as an actor in both television and films, Mohan Kapur iterates that the key to success in acting is getting rid of one’s ego. Apart from being an experienced actor, he has also been a voice actor, who has specialized as the dubbing artist for the American actor Kevin Bacon. We got a chance to talk to the multi talented man himself and here are the excerpts.

Q- You started your career with the TV serial Saanp- Seedhi and since then you have appeared in many projects. How’s this journey has been so far?

Atleast , I cant complain. After Saap Seedi, everyone was offering me similar shows. I thought I was intelligent and said, ‘Let’s starve the audience for Mohan Kapur’. The audience said, cool, we’ll go for something else. (Says jokingly).  The Journey was Slow but eventful; frustrating yet fulfilling; Tiring yet fun! 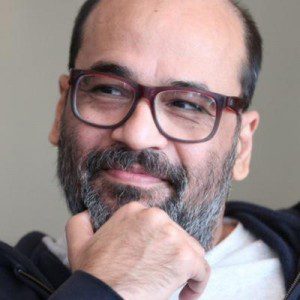 Q- You also gave your voice to many Hollywood movies. What made you to try in the area of Dubbing?

Somebody felt I had a good voice so one thing led to another but the truth is dubbing is a very technical process and for an actor it is about re-living the performance… tougher when you’re dubbing for someone else.

Q- What are the main challenges which are unseen to normal viewers?

Q- How you come across “Coffee Bloom”? Please tell us little about the movie.

I was called by the Producer Mr. Harish Amin for a narration, which the writer/ director Manu Warrier gave me… I was floored. It’s a beautiful story of three lives juxtaposed against a given harvest of coffee with a coffee plantation as a physical backdrop & character.

Q- Please tell us about your character in the movie? 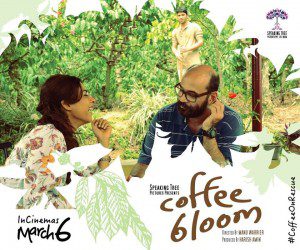 My character is that of Srinivasan Panikkar. Whos’s lived and travlled all over the world but now wants  to settle down on a coffee plantation. So with his wife they buy one and in walks Arjun’s character into our plantation and into our lives. How that plays out forms the crux of this beautiful & poignant tale.Q- How was the overall experience during the shooting of “Coffee bloom”?

It was as real as real can get. Living and shooting on a real plantation, whose crop flowered (bloomed) before us!! The writing was so succinct that half my job was done for me as an actor. Rest my awesome co stars and crew took care of for me.

Q- You’ve played some very diverse character roles in your career and you always bring some realistic observations to every character. Can you talk about how your roots helped develop you personally and define you as an actor?

Honestly I’ve used life as my teacher. My life’s journey & experiences have taught me and made me whatever I am today and I use all that as my database to play out emotions and characters to varying degrees of someone else’s vision and requirement.

Q- For you, what was the main difference in movies and Tv serials? Which stage is better in terms of improving and experimenting your skills?

Well the cliché goes all are great but for an actor all the mediums are great and gratifying. Performing is a high and wherever you get to do it makes it memorable. Performing at a party, some story or incident is also gratifying cause its also a performance albeit amongst friends.