It was Gangs of Wasseypur which came as a big break for Varun Grover, who has come to Bombay to pursue his Bollywood dream of writing for cinema, leaving his IT job in Pune in the year 2004. 13 years down the line, Varun, today, has a National Award to his name which he recently got for his song ‘Moh Moh Ke Dhaage’ from Dum Laga Ke Haisha.

Here is Varun  talking to Bollywoodirect about the making of the song and why it clicked with the audience….

Your first reaction on winning the national award? 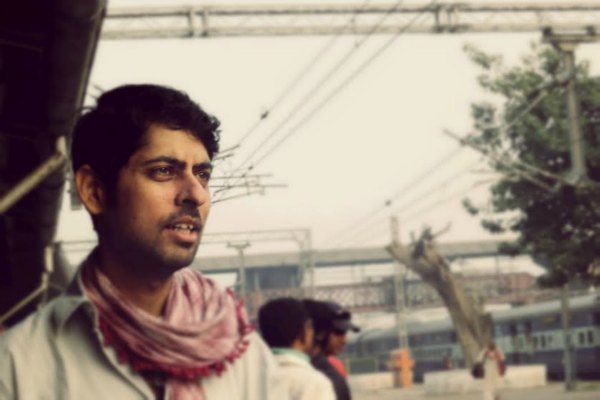 Awards are not of the utmost importance to me. I was happy that I had won it but I was not like jumping in the air out of happiness. By the time, I started watching others getting happy over my success I realized this is just not for me. People who know me are happy and even those who don’t know me and love the song are writing on social media, sharing their happiness. I realised there are many people who are really close to this song. This is how it became a matter of pride and biggest joy for me as well.

Had you thought that Moh Moh Ke Dhaage will click with the audience when you were writing?

I don’t think that so any lyricist thinks that way. It is not a great idea to think like that. If you will start thinking about the listener or audience while working then you will never be able to work properly. While writing, the important thing is that the song is loved by me, first of all. If I like what I am writing then I know that there is something special in the song. There were many songs in the film but I did not feel that all of them were special. Even if this song was rejected by the audiences, it would have remained special for us. 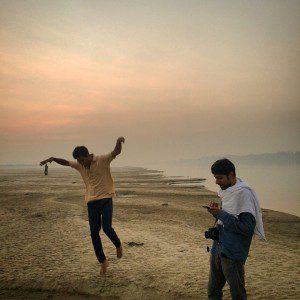 Varun Grover With The Lead Actor Of Masaan Vicky Kaushal

What role do the characters play while you write a song? In this song for particular, did you know about the characters and how different they were from other screen couples? Also, the love story was very different. Was that in mind while writing?

Yes, I had to read the script and assess the situation where the song comes. The song comes at a very beautiful juncture in the film, so this was a very important thing to know. There was dysfunctionality in their situation and I tried to bring that in the song. In a film, the priority is to satisfy the need of the film first. Yes, the song should have a life beyond it but the focus is to justify the song in the film. Characters definitely help. Sharad had written the script very finely and his characters were very clear. The mood of the 90s was there, so I tried to maintain that mood in the song as well

Are the music and lyrics are the sole reason why a song is loved by the masses or is the picturization of a song also a big factor?

I think both of the two things work in tandem to make a song hit among the masses. There  are many films which had great songs but the films were not that great and vice-versa. Some songs become classics much after the film’s release because the audience was more excited about the film. For example, Roz Roz Aanko Taley from film Jeeva. The film, as well as the song, was flopped but after 7 to 8 years, the song got an amazing response. The same will happen, I believe, with Bombay Velvet because the songs of BV are amazing. You will see them doing good after 8 years, may be.

You wrote Mann Kasturi Re for Masaan as well. How different was it from Moh Moh Ke Dhaage. How difficult is to shift gears while writing two songs which are drastically different in the mood?

Mann Kasturi is a different form. It could be loved incredibly by 10 people and rejected by 20. Those who love that kind of music will love it and those who don’t would reject it. This is not the case with Moh Moh. Moh Moh is profound and at the same time meaningful. It is a perfect combination. It is a popular genre song.  Also, it was in a film which was more popular.

And your personal favourite among the two? 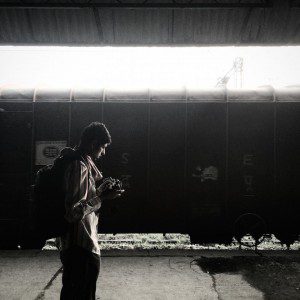 Persona favourite?(laughs), Okay, merit wise I believe it is Mann Kasturi but overall I would pick Moh Moh Ke Dhaage. Mann Kastruri is the best song I have written, that is for sure.

In this short journey of yours, what is the best thing that you have got? One thing you will always cherish all your life.

Writing the lyrics for Gangs of Wasseypur and script of Masaan are two most important achievements. GOW was my first album. I had written a song for That Girl In Yellow Boots. But Anurag Kashyap gave me such a huge opportunity with GOW. To give someone very new in the industry such a huge responsibility is respectable. He did that and I am here because of it. It was a big thing because it was a huge responsibility and there was pressure on me to deliver.

And Masaan matters a lot too. It is something we created right from the scratch.

What is the next target for Varun Grover?

As of now, I am busy writing only. Masaan was my first film as a scriptwriter and I would like to increase the number. I am getting good work now and would like to do the same in times to come.