In times when Govinda is pushing himself hard to reinvent his career with at least ‘his best in considerately not-so-good films’, someone is trying to do a typical Govinda act. I laugh, but hardly at the act and mostly at the ridiculous choice one has made to mark his calling for the big screen. Abbas-Mustan’s KIS KISKO PYAAR KAROON sees not only the rise of absurd, silly and tasteless writing in bollywood comedies seeking laughs at each & every scene but also the regrettable fall of the magical talent of India’s most-loved entertainer on Television named & famed as Kapil Sharma. I really wonder if one should go dumb before enjoying these comedies. If so, where should I dump my brain jam-packed with all the hard-earned sense and sensibilities? I think the makers should set up a counter outside the theatre.

KIS KISKO PYAAR KAROON tries to be a situational comedy where the situations are all fabricated, unreasonable and totally convenient to the plot. It is also a film that questions and insults the intellect of today’s women exactly the way Kapil hits on his TV show. Here, he plays Shiv Ram Kishen Kumar- a millionaire owning 4 flats in a skyscraper on the most-expensive Nariman Point of Mumbai [I can be wrong of the exact address though], 3 wives [Manjari Phadnis, Sai Lokur & Simran Kaur Mundi] to fill in as some of the designer furniture and a hot-body girlfriend [Eli Avram] supposedly being the ‘love’ of his life. Hard to digest? Wait, there is more. Considering the same apartment they are placed smartly by their ‘all in one’ husband, the wives become friends. They party together. They shop together. In fact, they jog together but their mind doesn’t shift an inch to find out that they are sharing the same man. I m not judging them but how can one marry a guy without knowing his full name. This guy in polygamy uses each part of his name as his identity to all 4 girls in his life. And guess what, the sympathy is always in the court of the husband. Actually, he plays a Krishna from Mahabharata who prefers to marry every ‘Abla Naari’ in his way to rescue them from their ill-fated world. The only problem here is, there is no religion to back the faith in his persona. Comedy could possibly be the force but sadly, it also fails.

KIS KISKO PYAAR KAROON is a film that believes in creating problems in the name of the plot-development and then solving all of it in an explanatory and emotional climax. One’s misery is other’s laugh but it all become offensive when you see everyone acting calm as the deads about serious issues like polygamy, cheating, extra-marital affairs and all of that related to women’s respect. Could we also react the same way if a woman is seen playing wife to 4 different men? Would we not call her names? I think enough is never enough for Bollywood filmmakers. The film constantly hits the low in comedy and becomes a torture at some point. How many millions of times you want to laugh at a man hiding his identity with banging his face in the cake? People carry the ‘printed’ photographs to identify someone in times of emails, Whats App and Camera-phones. I mean, really? An underworld don [Arbaaz Khan] can orchestrate a 5-crore ransom but can’t afford a hearing aid. I know why. To bless the film’s writer buy some more screen-time to try his luck in making us laugh at one’s disability. Someone is sick. Really!

Surprisingly, the supporting cast contributes more to work in favor of the film’s whole propaganda of being a comedy film than the principal cast. Varun Sharma despite acting his regular methods since his first break in FUKREY is very much watchable. Jamie Lever, the daughter of ace comedian Johnny Lever shows a great promise and has the most fertile and the best gags in the movie. Arbaaz Khan, Sharat Saxena and Supriya Pathak Kapur are also a much relief. The female brigade hardly impresses. And now the man himself; no one can actually doubt Kapil’s ability to make people laugh but the big canvas is a different ball game altogether. Here, actors rarely manage to go beyond the script to instate their strata even if the film is bad. And I am talking about actors.

At the end, KIS KISKO PYAAR KAROON is a big forgettable comic set. On Television, it might go overlooked but watching someone mouthing cheesy one-liners on big screen and not noticing his all dull, dry and dead lips sans lip-balm is the worst screen-makeup I have seen. If banning is being a fashion these days, [Though I don’t encourage of any kinds] I would call a ban on these mindless comedies that could harm a lot within you. Go back to the television, if you really want to see Kapil’s infectious energy, honesty, charm and the ruling power he holds in his show. You won’t find any of these in KIS KISKO PYAAR KAROON. Nothing can force you to love it! 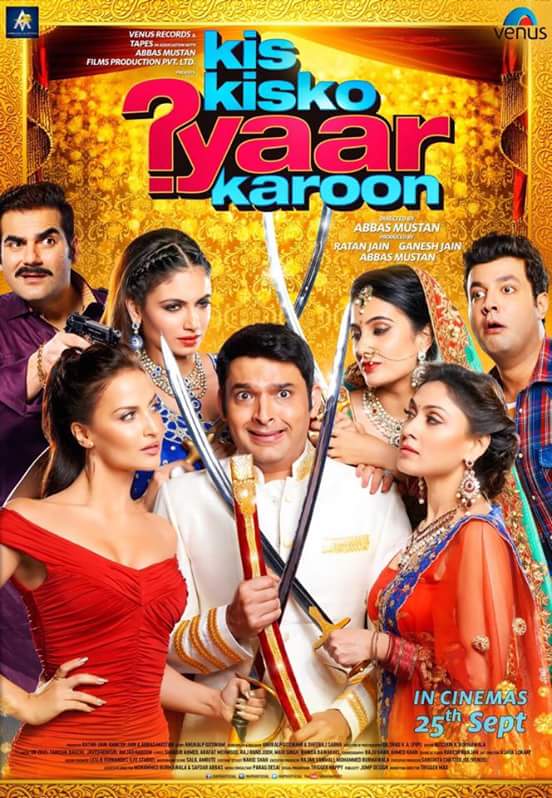 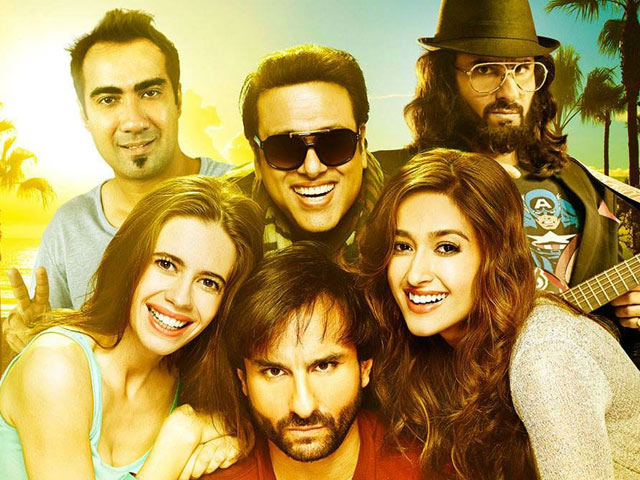