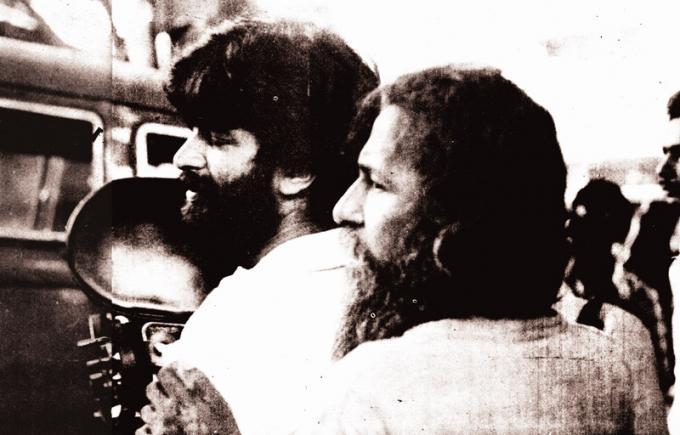 In her iconic essay titled “The Cinema of Tomorrow”, internationally acclaimed Iranian filmmaker, Samira Makhmalbaf
had envisioned a cinema that challenges and transcends political structures of power and 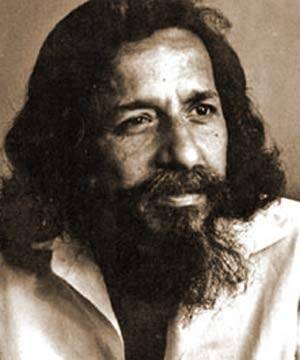 establishes an organic and direct connection between the filmmaker and audience. She chided the accumulation of the means of production and resources blanketed by industry, and emphasized the suffering and struggle a filmmaker undergone in the process of making a movie because of this odd combination of forces.

While Samira’s outburst about restricting a filmmaker’s imagination and creative freedom came out in the early 2000s, there was a man who wandered through the underbelly of remote Kerala villages, receiving contributions in tiny amounts, often diminutive compared to the mammoth budgets of a mainstream movie, from villagers to make his movie and screen them to its patrons scattered in the remote areas.

Later, his posthumous digital life was marred by the flood of information popped up during a Google search about the popular Bollywood star John Abraham. But, our man of the moment, John Abraham, the legendary Indian filmmaker hailed from Kerala, managed to survive this digital oblivion through his movies, short stories, and more interestingly, through the mythical tales and stature widely circulating in his home state, Kerala.

Born into a typical Christian family in Changanassery, Kottayam, Kerala, in 1937, John had a visually rich childhood with his grandfather, which laid foundations of his characteristic flavors and reverberations. After graduation, he had a short stint as a teacher before joining in the Life Insurance Corporation of India as an official. But, the bohemian spirit hedged in him was restless and thriving for the wings and a sky. John left the job in the LIC and joined the Film and Television Institute of India (FTII), in Pune, which, as he admitted in a later conversation, was a whimsical decision for a clerk who had little knowledge about the nuances of filmmaking.

But, FTII Pune at that time was an apt incubator for a confused, restless and erratic John with its vibrant campus and reputed academic. Soon, he was noted for his peculiar attitude towards the medium by none other than maverick Indian filmmaker Ritwik Ghatak, who was a faculty. Ghatak made an indelible mark on John’s sensibilities and approach towards life. Slowly, he picked up the magic of visual language and came out with a gold medal in screenwriting and film direction.

Soon after the pass out from the Institute, John was at the best of his novice spirits and eager to realize his concepts and ideas into reality. He worked with legendary filmmaker Mani Kaul, one of his teachers at the Institute, as an assistant director in the movie Uski Roti in 1969. In 1972, John made his debut feature Vidyarthikale Ithile Ithile as a cooperative production venture with some of his friends. Based on the student’s politics and uprising, the movie was rudely rejected by John himself as it couldn’t meet his aesthetic aspirations. He dumped the movie as worthless and moved on with his next project.

It took him five years to secure fund and men for his second feature Agraharathil Kazhuthai. The Tamil movie was completed in 1977 and announced John’s arrival in the Indian art cinema pantheon. The movie was very subversive in form and content and dealt a Brahmin professor who grew a donkey as his pet in a densely conservative Brahmin quarter, Agraharam. The satire encompassed all the John traits in filmmaking and earned him a radical, provocateur and rebel stature all at one go. Agraharathil Kazhuthai bagged the National Film Award for Best Feature film in Tamil. The movie’s aggressive take on the Brahmanical bigotry made it a beauty and the beast at the same time among critics.

After some failed attempts to secure funding for his next movie, John returned to the director’s chair in 1977 with the Malayalam film Cheriyachante Kroorakrithyangal. The movie presented popular comedian in Malayalam cinema, Adoor Bhasi in a never-seen-before avatar, as the central character Cheriyachan. John’s deep knowledge and obsessions of using symbols from Christian tradition matured with Kroorakrithyangal. The movie was an even more aggressive lash on the feudal system, which had clutched the society in every possible way. The movie was also John’s political reaction after the emergency period under Prime Minister Indira Gandhi in 1975. With his intense black and white strokes, John drew the burning realities of the feudal system and police brutality.

What followed was a period of hardships for John, who struggled to find producers and other resources for his movies, which were by then marked as too anarchic and very radical to be accommodated by the mainstream. Bitter experiences and depression turned John an alcoholic and he wandered the length and breadth of Kerala in search of resources. It was this wandering germinated one of the revolutionary movement in Indian Cinema, which was yet to hear about the concept of crowdfunding.

Dreamstree-Realize Your Dreams Through Crowdfunding

John, along with his friends who scattered anywhere and everywhere in the state, kick-started a movement called Odessa Collective. The major mission of the movement was to liberate cinema, as a creative medium, from the clutches of capital and organized industry. For that, John dived into the underbelly of the society with empty hands. John and his brigade reached out remote villages and screened classic movies like Charlie Chaplin’s The Kid, with a tiny projector and makeshift screen and collected small amounts of money from villagers. For the first time in the history of Indian cinema, the medium was enjoying a vis-à-vis with the public, a stark deviation from the product-consumer relationship prevailed in the film industry.

As Odessa movement gained momentum and credibility, John ventured into his next project funded by the movement itself. With the accelerated energy, material and financial support from Odessa movement, he made Amma Ariyan in 1986. The movie, which is considered as the best of John by many critics, is a landmark in the Indian political cinema. The state was slowly getting rid of the Naxalite insurgency through suppressive and totalitarian means and Amma Ariyan was accumulated the anguish, despair and helplessness of youth and mothers in a radical way. The movie closely followed the string of incidents after a young Naxalite was killed under suspicious circumstances. John tried a new multilayered, form-content equation in the movie and made it in strict adherence to the manifesto of Odessa movement.  The movement screened the movie throughout Kerala on a non-commercial basis with collecting very small amounts from the viewers after screening to meet the production cost. Later, the movie went on to British Film Institute’s Top 10 Indian Films list as the only South Indian film.

John’s cinema was deeply rooted in the regional sphere of symbols, myths, traditions, cultural derivatives and political power patterns. As a filmmaker, he tried to evolve a universal language of cinema from these regional resources. John had invented a new form of every movie, according to the social, political and cultural demands of the content.  In Cheriyachante Kroorakrithyangal, the soul of Cheriyachan’s mother narrates her tale after death from the burial site. In Amma Ariyan, the form of the movie gradually evolves in the form a long journey, which starts with one man and the Naxalite youth’s dead body, and it grows as more and more people from different strata of the society joined the journey.

He had made four feature films, Vidyarthikale Ithile Ithile (1972), Agraharathil Kazhuthai (1977), Cheriyachante Kroorakrithyangal (1979), and Amma Ariyan (1986), and three documentaries. John had always tried to find a particular expression of meaning for the visuals, which is free from all theories but hold their essence instead. For that, he executed an overlapping treatment of documentary and magical realism and shed light on the complex structures of individual-society duality, with equally complex and multilayered narratives. A common thread of love and empathy for the vulnerable human existence is passing through all his movies.

John had an intuitive knowledge about the cultural archetypes like mother goddess, a crucified messiah, and power structures predominant in the society. As a human being, he was very conscious about the operation of power equations in systems like state, religion, and family, and always took aggressive stands against them in his movies. His lifestyle as a nomad, along with the explosive stand, adorned him the tag “anarchist”, and there was a cult following for him in the 80ss, with most of them is young volunteers in the Odessa movement. Later, the radical elements in the process of filmmaking and innovative techniques that explored socio-political realities of the individual in his movies pushed to the back seat and he was celebrated only for his anarchic lifestyle.

Eventually, John became a legend and celebrated as a cult figure by periodicals in Kerala, and ironically, out of his four feature length films, some are still not easily available for film enthusiasts. His documentaries are nowhere to be seen and on the verge of destruction. Apart from being a filmmaker, John used to write short stories and poems and had published a short story collection. But, the man lives in the memories of film lovers and in memoirs published by his friends later.

On the night of 30 May 1987, under the influence of alcohol, John accidentally fell off from a rooftop. Friends rushed him to the nearest hospital and the legend says that he, one of the finest filmmakers India has ever produced, was not recognized by the hospital authorities and because of his untidy and ragged clothes, mistook him as a wanderer at first. John died at the hospital on the next day, a death accordance with his nomadic credentials of being, both inside and outside the cinema. 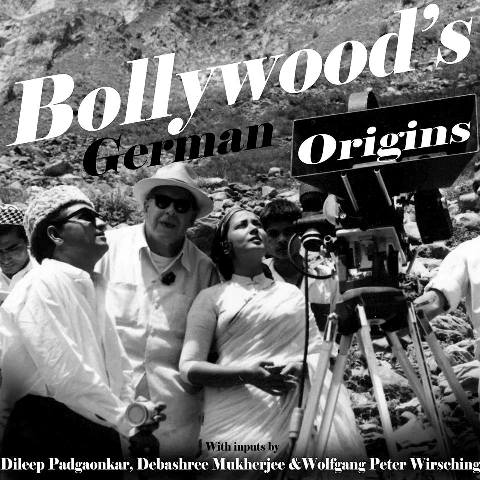 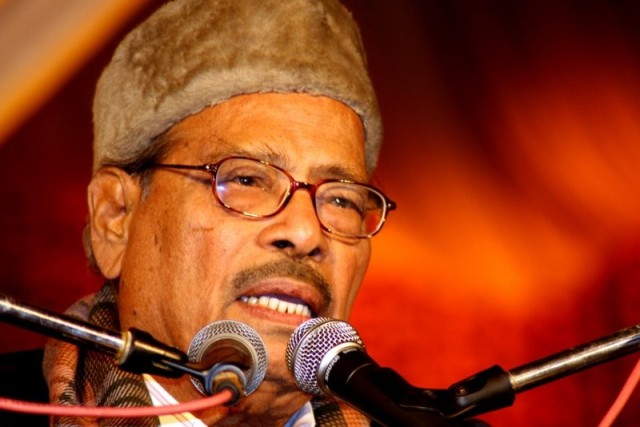