Her’s was a voice you could see, feel and experience. For it was a voice that danced, cried and allured with versatility rarely seen in Hindi film music. And it is this extraordinary magic of the legendary singer that Pune-based film maker and author Haimanti Banerjee has strived to capture in the first ever biography being written on Geeta Dutt.

Painstakingly gathering tidbits of information since the past more than four years to piece together her life story, Banerjee says the book is a tribute to the genius of Dutt, who never really got her due in life.
The blithe spirit of a skylark’s croon is what Banerjee associates Geeta Dutt’s voice with. Thus titling the book as Geeta Dutt – The Skylark, Banerjee unsheathes the real Geeta whose ability to cover the range from the sensual to the soothing gave her an edge over other singers of her time. The book especially focuses on those songs sung by Geeta that do not have the tag of Guru Dutt overshadowing her name. Says Banerjee, “ I wanted the Geeta in my book to define her own presence. And that she very well does with her independent share of songs she sung for various other films apart from Guru Dutt’s. Very few people know that Geeta lent her voice to Nargis in the Film Jogan and that she has given her voice to all the twelve songs of the film.”
There is also an exploration of the kind of music directors, lyricists and actresses Dutt sang for and their relation with her, with some rare pictures obtained from her family members, especially son Arun Dutt. And though comments on her subject’s personal life have been studiously avoided, an analysis of the Guru Dutt-Geeta Dutt relationship finds a place in the book.
Apart from meeting people, rummaging through the National Archives library and flipping through the pages of Geet Kosh a book that literally has in store listings of all the songs since the advent of sound in the year 1931 were the other efforts put in by Banerjee to detail her research. “ A book on Geeta Dutt was like a chimera for me that never took off. But then one day I decided that this legend has to be resurrected, if not for the sake of her own identity, then for the sake of good music because hers is a name long lost in the clutches of a transitional phase. I felt a voice like hers should be revived so that more and more people listen to it.”
In the book visually reviving the memory of the inimitable Geeta Dutt would be 120 rare photographs of hers spanning her life. The book also contains some excerpts from Guru Dutt’s love letters, which he wrote to Geeta Dutt during their courtship along with around 100 songs of Geeta Dutt translated in English.

Buy the book from here 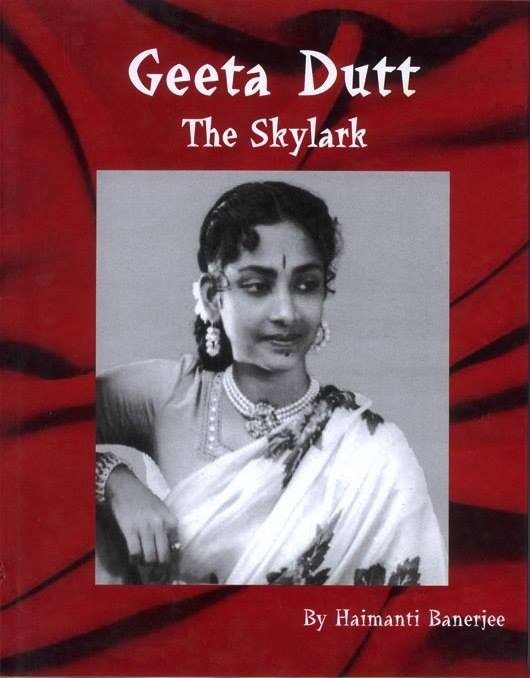