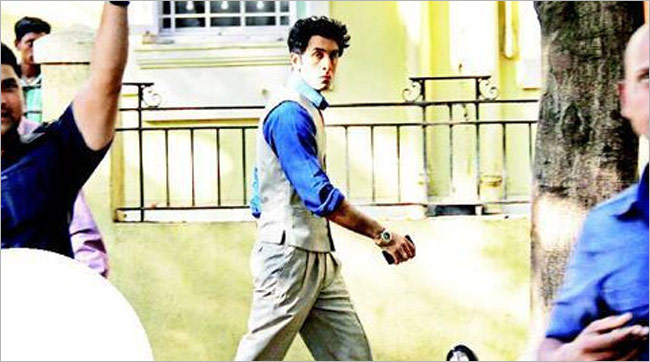 The first official poster of Bombay Velvet (not to be confused with Blue Velvet) is out today. Bombay Velvet is the upcoming film from the famed Indian filmmaker Anurag Kashyap starring Ranbir Kapoor, Anushka Sharma, Karan Johar, Kay Kay Menon, Siddharth Basu, and Manish Choudhary that is scheduled to hit theaters on 15th May 2015. Bombay Velvet is based on historian Gyan Prakash‘s book Mumbai Fables. Set in the backdrop of the 1960s Bombay (now Mumbai), the movie revolves around a boxer named Johnny Balraj aka the “Big Shot” (played by Ranbir Kapoor). The poster, tweeted by actress Anushka Sharma who’s starring opposite Ranbir in the film, depicts Johnny Balraj in a gangster avatar, wearing a pinstriped suit topped up by a disheveled hairstyle and a sedate expression on his face and unleashing his fury à la Tony Montana of Scarface, but wielding not one but two Thompson submachine guns, one in each of his hands.

Anurag Kashyap seems to have carved a niche for himself with highly unconventional and genre-transcending films (especially, in the context of the Indian cinema) like Dev D, Gulaal, Gangs of Wasseypur, Ugly, etc. at a time when urban viewers are growing more intelligent while the rural viewers are becoming choosier. Over the years, Kashyap has emerged as a natural choice to lead the Indian film contingency in the global arena. Given his remarkable filmography and the recent form that he has shown, his sophisticated audiences not only in India but also abroad always expect nothing but the best from him. All this has made him a subject of great public scrutiny in the world of cinema. And given the humongous scope of Bombay Velvet, both in terms of sheer ambition as well as commercial liabilities, Kashyap seems to have put a lot on stake.

As a fan of his cinema, I can only hope that the film lives up to its hype. 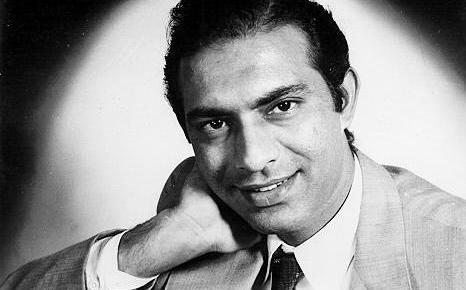