Bajrangi Bhaijaan is an action romantic drama film directed by Kabir Khan and produced by Salman Khan and Rockline Venkatesh under the banner Salman Khan Films.It features Salman Khan, Kareena Kapoor Khan and Nawazuddin Siddiqui in lead roles. It’s a man on mission story about a little girl from Pakistan lost in India and how she is reunited with her country and family with the help of Bajrani Bhaijaan.

Khan stars as Bajrangi, an ardent devotee of Hindu deity Hanuman, who embarks on taking a mute six-year-old Pakistani girl (Malhotra), separated in India from her parents, back to her hometown in Pakistan.

Made on a budget of ₹90 crore, the principal photography commenced in November 2014. The cinematography was done by Aseem Mishra and was edited by Rameshwar S. Bhagat. The soundtrack was composed by Pritam, who collaborated with Julius Packiam to score the background music.

The film is scheduled for release on Eid’2015 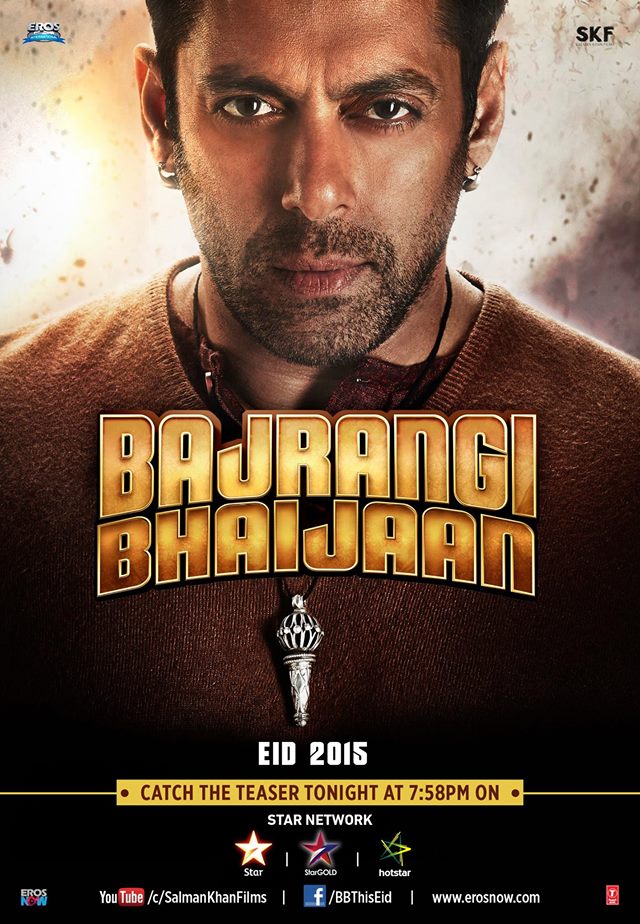