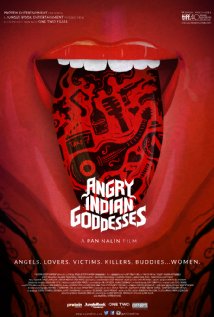 This one is as much about the journey as the end (which I didn’t quite like). A few angry, frustrated (non-sexually) women get together in Goa and vent, heal, laugh, chat, discover some answers to the challenges life throws towards females in our country before a plot twist changes things fundamentally. 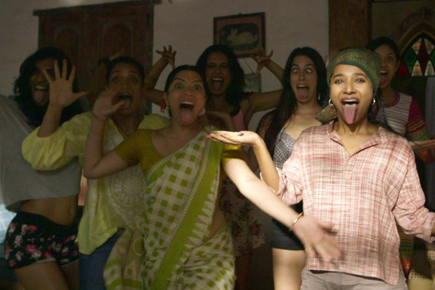 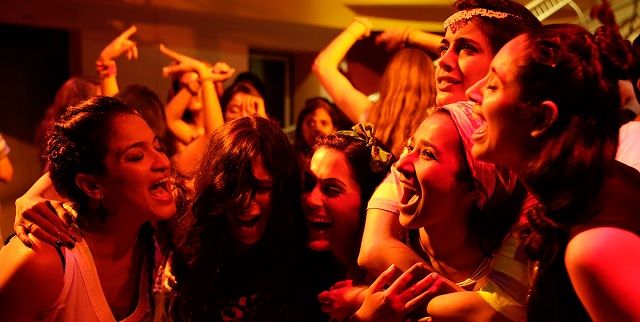 The women are from wildly varied walks of life, despite most having been college mates. Pavleen, the married housewife, who has some of the funniest lines, is a mild, peaceful sort – got married in the flow of things (parents) and feels sometimes that instead of the varmala, she actually put her college gold medal around her husband’s neck, as she didn’t do anything with her talent after that. Anushka is a singer, trying for Bollywood but relegated to doing tours in hotels etc, where she doesn’t exactly encounter the crème de la crème – her music career isn’t really going anywhere and she’s more than a little depressed because of that. 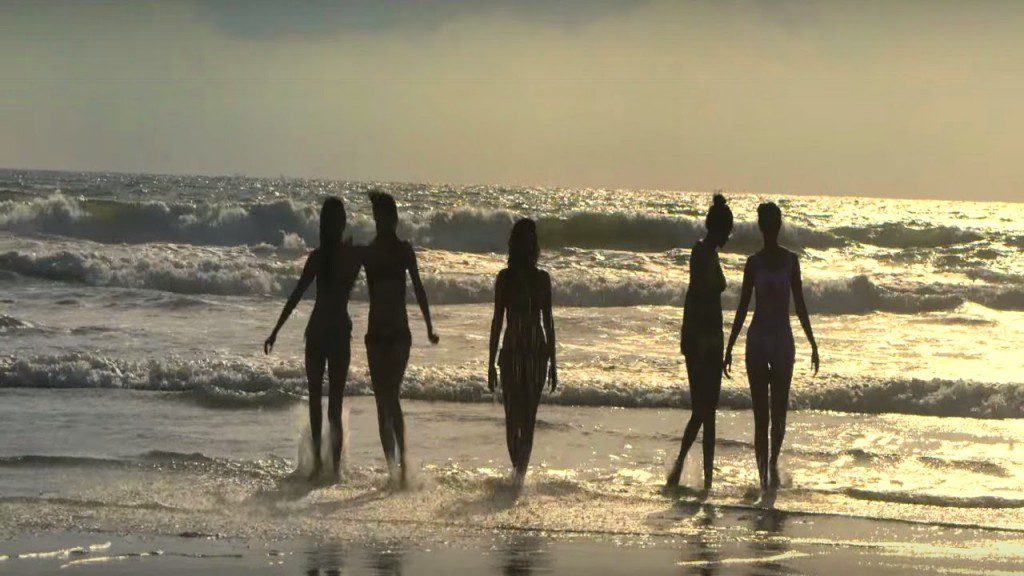 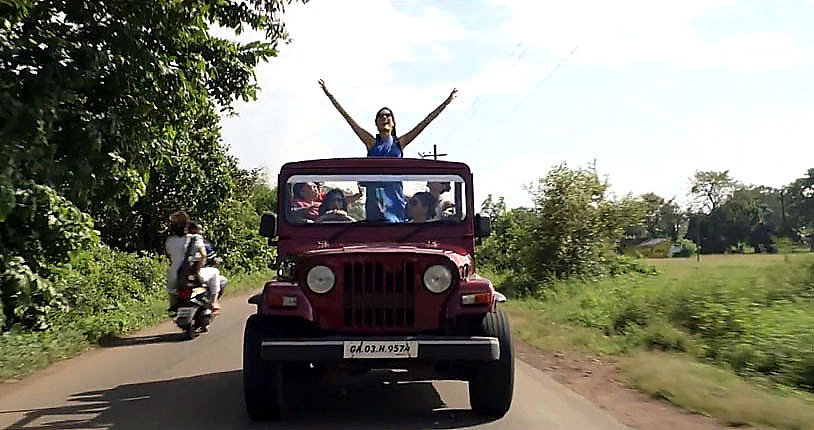 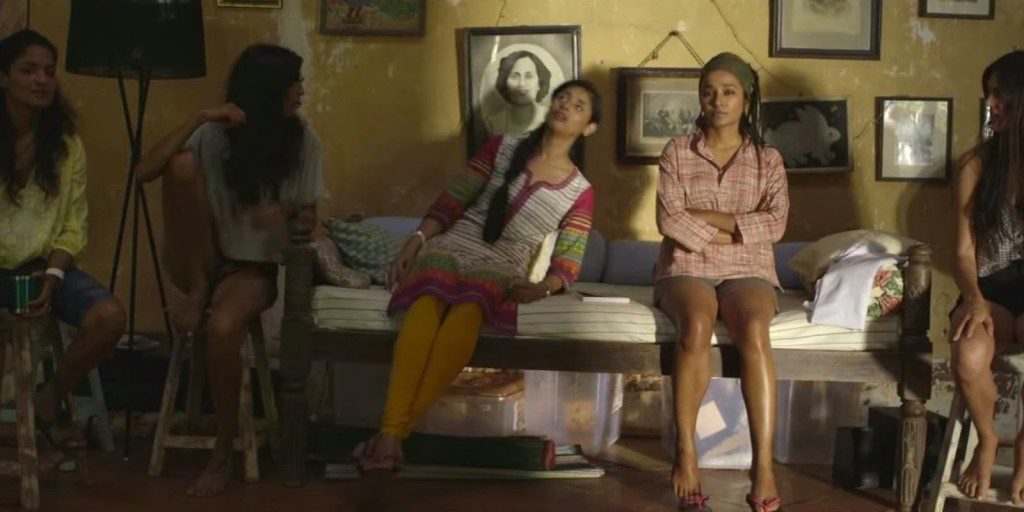 Sandhya Mridul, the fiery one, runs a mining company and has balls of steel – tearing papers up in meetings, firing people left, right and centre. She’s also a single mom and is equally fierce with her young daughter, Nia. We know very little about Tannishtha, apart from the fact that she is an activist and fiercely opposes one of the mining sites that Sandhya’s company is involved with. Sarah-Jane is the one who’s got everyone together at her place in Goa – she’s a photographer who’s chasing her dream and is holding certain cards close to her chest. Amrit, her half-Indian cousin, a British national, is trying to make her career in Bollywood as an actress – sometimes with hilarious effects. And last but not the least, Rajshri is the maid, a bit of a ball crusher (literally) but also has a soft side and a bit of a past which can make her see red very quickly. 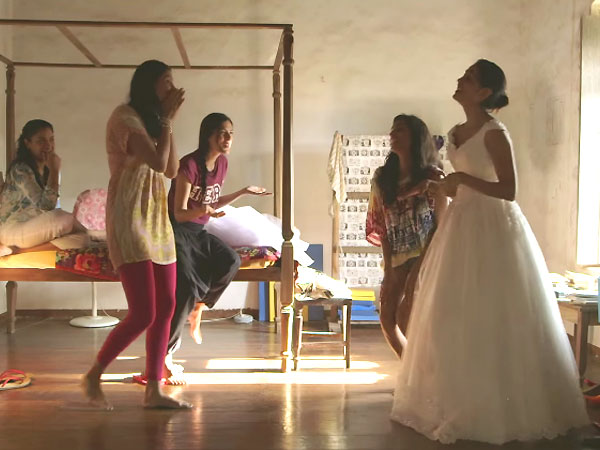 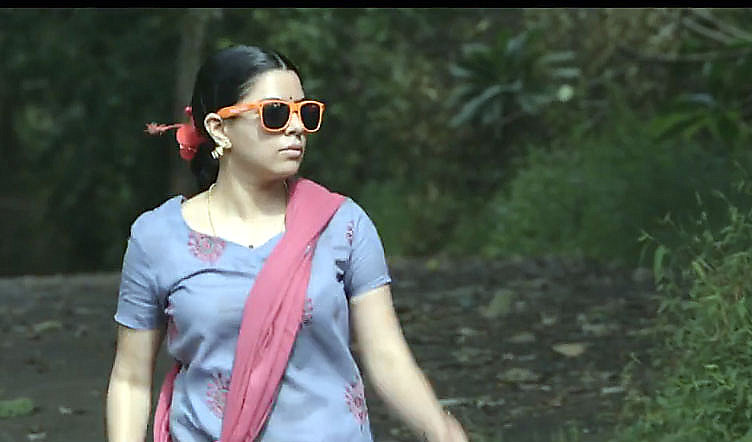 You get the usual issues – restrictions on dress, an unequal split of chores, marriage, exploitation, Section 377, how the victims of sexual crimes are viewed – and a few new ones. Most of it’s interspersed with giant dollops of humour (the rain dance between the underwear-clad Amrit and the sari-clad Rajshri, the conservative reactions of Pavleen, including the epic ‘Yaar, tum karte kaise ho ?’, the reaction to the sexy neighbor (Anuj) washing his car, and the frail bai who washes their clothes), which ensures the film rarely has a dull moment, also thanks in part to a great music score. 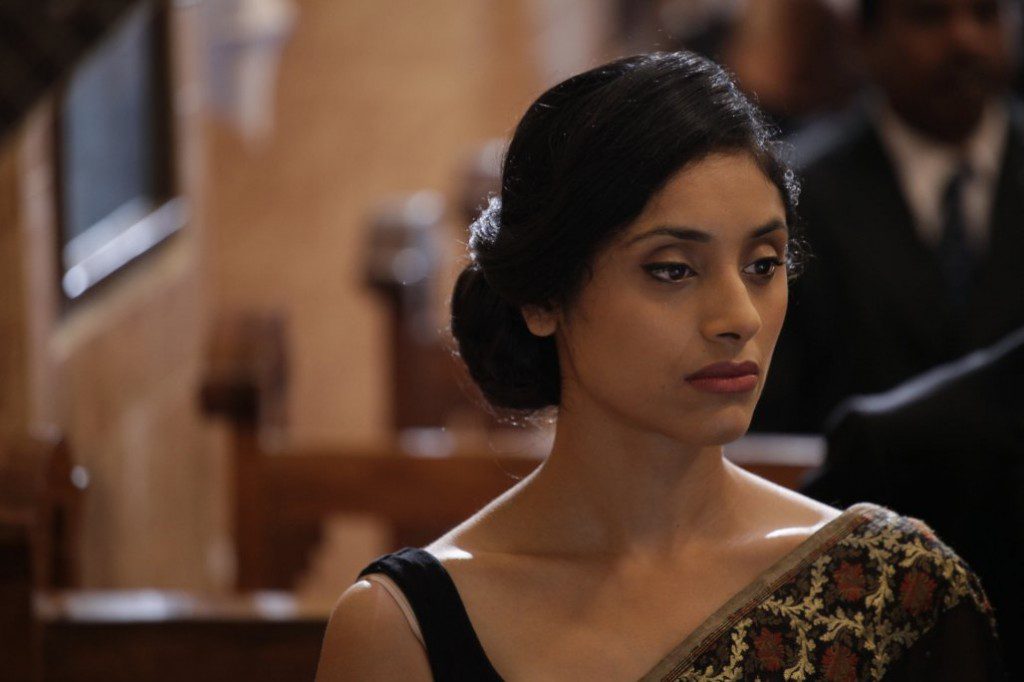 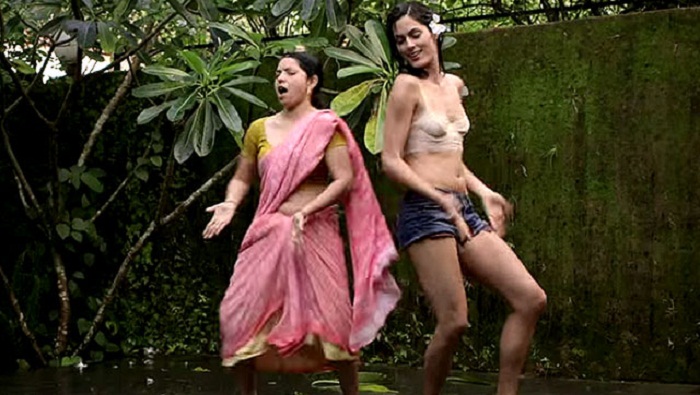 However, ugly India does intrude into their idyllic vacation, rearing it’s ugly head in paradise – some molesters in the middle of the film and the reactions of Adil Hussain, a cop, towards the end. I don’t think the final plot twist was necessary – it left me with a sour taste. Also, some solutions (the mining debate, the parenting style, the viral video) were all too pat, too easy, a bit contrived. And the last scene in the church is more than a bit filmy, would’ve ended very differently in real life. The performances were very good overall – Amrit, Rajshri and Pavleen especially catching the eye, while Sarah-Jane is quite enchanting in an under-stated role. 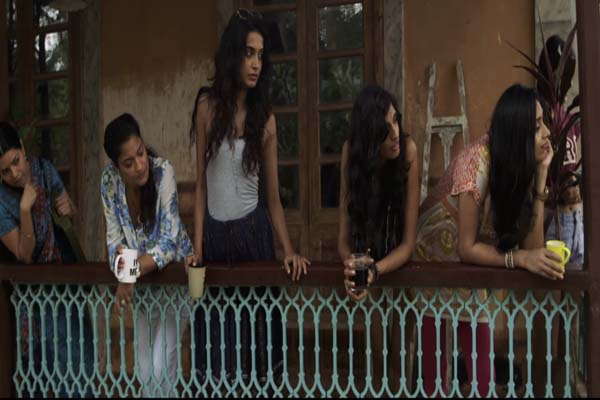 It’s well-paced, neatly strung together – moments of emotion, pathos nicely balanced with fun, laughter. Instances of anger mixed up with moments of just being. Quite nice to get the woman’s point of view too – especially since it came via a man (writer, director Pan Nalin).

PS: Rant Coming Up: Here, right from the opening credits you know you’re in for censorship butchery. If it’s an A film, why do any swear words have to be beeped out? Are all adults in India not exposed to colourful cuss words of all languages? And what was this whole drama about blanking out the images of Indian gods, goddesses – even in the opening credits – beggars belief? The frequent cuts really do intrude into the atmosphere created by the film. About time the Board realizes it’s there for certification and not censorship.