A cinema not just about gay rights, it’s about humanity.

On the night of 8 February 2010, two men forced their way into a house in Aligarh where two adult people were having consensual sex. These hired goons who later claimed to be from a TV channel, took pictures and videos while illegally invading the privacy of 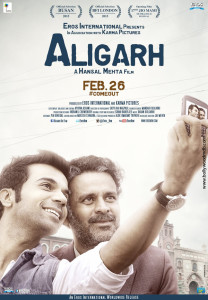 someone’s bedroom, and in the process humiliating and even beating up the residents.

It was the house of Dr. Shrinivas Ramchandra Siras, and he was ambushed by these local TV-channel camera crew while having sex with a rickshaw puller; gay sex to be specific.

And effectively the very next day, the 64-year-old professor Dr. Siras, specializing in Marathi literature and also the head of the Department of Modern Indian Languages at Aligarh Muslim University, was suspended from his post because of his illicit misconduct resulting in such a scandal.

Fortunately such an act of atrocity, discrimination and injustice were noticed and denounced by those few, who still believe in terms of justice and equality. With the help of efficient lawyers, a case was filed against the University and eventually the verdict was in favor of Dr. Siras. But probably, the man was too heartbroken to enjoy his victory. 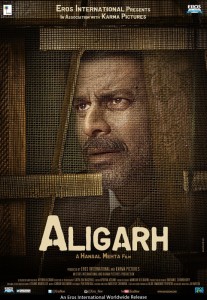 The film Aligarh is a sincere account of Dr. Siras’s life; a calm and composed man by nature, a poet who won the literary award by Maharashtra Sahitya Parishad in 2002. He loved to listen to Lata Mangeshkar songs with a few many drinks at night till he gets drunk.

And Manoj Bajpayee as Dr. Siras has given the performance of a lifetime. Such emotions in his eyes, the way he talks in a slow intellectual manner, his overall body language, even the way he moves his feet enjoying the song ‘Aap Ki Nazron Ne Samjha’ in Lata Mangeshkar’s voice – pure brilliance!

Rajkummar Rao surely did support Bajpayee very well, the young reporter’s role was reward-less yet so important from the film’s perspective. Ashish Vidyarthi, Sumit Gulati, Dilnaz Irani all were at their best. 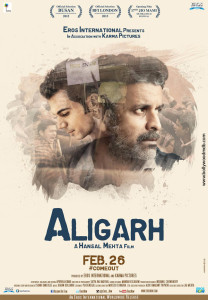 emotional and brutally honest; the sheer authenticity and conviction of storytelling are enough to make this biopic a special one.

And exceptionally well directed by Hansal Mehta (this is even better than Mehta’s earlier two triumphs Shahid and City Lights).

Based on the last two months of a man who was the victim of the university campus politics, framed by his own colleagues out of utter jealousy, a man whose life was turned upside down just because he was a homosexual.

‘I spent two decades here. I love my University. I have always loved it and will continue to do so no matter what. But I wonder if they have stopped loving me because I am gay’

Dr. Siras was a man who loved his life and expected to be loved back.

The film Aligarh has managed to keep alive his sentiments, it has the same poetic feel that so resembles Dr. Siras’s nature.